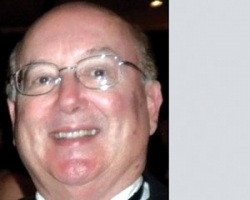 As I watch the coyote-related stories develop here in Rossmoor, a couple things come to mind.

First, our communities need to be better educated on coyote behavior so they can protect themselves and their pets.

The lady who wrote a letter to the Sun about her pit bull mix being lured away and attacked by a group of coyotes should have realized that is a well-known method coyotes will use to attract their prey.

Coyotes are wild animals and their presence should be a signal of danger.

Others have talked about getting a larger dog to protect their property.

In the wild, a pack of coyotes will attack and kill antelope or deer that are much larger than any dog we might have for a pet.

When coyotes hunt antelope and deer, they do it in a relay fashion so there’s always a fresh coyote chasing the prey.

We should not underestimate how clever these animals are.

Also, I’ve seen articles describing how caring the coyote is for its young. Watch the Animal Channel and you’ll see that so are lions, tigers, and any other number of wild animals.

Just because they care for their young does not make them any less of a threat to humans.

Of all the arguments that support the coyote presence, the most difficult to understand is the one that claims we, as humans, need to learn to live with them because they were here first.

What proof do they have that coyotes were here before humans?

Animals learn to adapt to their environment or they don’t survive.

A trip to the La Brea Tar Pits will reveal a number of animals that were native to this area but failed to adapt and so are extinct.

Humans didn’t cause their extinction, nature did.

Also, I find this argument goes counter to what is taught in our school science classes.

As the Earth has evolved, higher species replaced lower species. Civilizations are replaced by more advanced civilizations. The southwestern United States has many sites that evidence a civilization that has ceased to exist.

For those who object to the concept of evolution, there’s the story of how man was created and given the management responsibilities for the earth.

The goal of this management was to benefit humans and in some cases involved killing animals.

Both sides of that argument would agree that coyotes need to adapt to the presence of humans, not the other way around.

Coyotes are animals that live in the wild.

In their natural state, they have a fear of humans.

The coyotes we are encountering today in our communities have lost that fear and thus are no longer in their natural state.

The fear of humans needs to be reinstated in these coyotes.

We need to accomplish this goal for our mutual benefit.

Milt Houghton is a 20-year resident of Rossmoor and a fourth-generation, native Californian born in Los Angeles.

He is currently serving as President of the Rossmoor Homeowners Association Board of Directors.