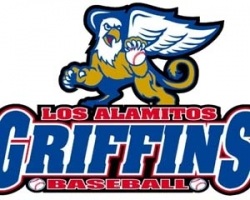 A difficult loss only begins to describe it.

After coming from three runs down in the bottom of the seventh inning to tie a May 11 game with Marina, Los Alamitos’ varsity baseball squad and the visiting Vikings went four more innings .

However, that was before Marina scored twice and made them stick in an 8-6, 11-inning win over the Griffins.

Marina led most of the way, scoring single runs in each of the first six innings. Los Alamitos scored single runs in the second, fourth and sixth innings before making a game of it in the seventh.

Joey Wright started the comeback with his second hit of the day, a one-out single, off reliever Joey Livingston.

Pinch runner Nick DiMatteo moved into scoring position with a stolen base.

Brad Hartong then crushed a ball to left that looked to be a homerun but the Marina left fielder made an outstanding catch, leaping over the fence to grab the ball for the second out. The Griffins continued to hold tough as Nick Vilter was hit by a pitch to put runners at the corners.

With the game on the line, relief pitcher Kyle Ferramola, who came on with two out in the fourth in place of Brandon Reynolds, aided his cause with a single to score Di Matteo and trim the deficit to 6-4. Moises Montes then doubled home Vilter and Ferramola to tiethe game at six. The game would remain deadlocked as the next hitter was retired.

Both squads had chances to break the tie over the next three innings but couldn’t finish the job.

Marina finally broke through in the 11th with a bases-loaded double by Trevor Megill, who started the game on the mound, as well as a walk to Vinny Ponce to give the Vikings an 8-6 lead.

Wright kept things going for the Griffins in the bottom of the inning with a two-out double but pinch runner Mick Schroeder would be stranded as a groundout ended the 3:52 contest.

Marina led 2-0 before the Griffins got on the board in the bottom of the second. Ferramola doubled off the wall in left and scored as a two-out Michael Farris fly ball to right was lost in the sun by two fielders.

Marina went up 4-1 but Los Al picked up a single run in the fourth. Ferramola opened with a walk and moved to second on a Montes single.

Montes was forced at second in place of Farris. With runners at the corners, Sam Lorenzini laid down a bunt single.

The ball was thrown to second in an attempt to retire Farris, but was not in time. Ferramola sprinted home to cut the lead to 4-2. The next two batters were retired to end the frame.

After the Vikings had taken their largest lead at 6-2, Los Al picked up another run in the sixth. Ferramola led off with a single and stole second while Montes drew a walk.

Farris singled home Ferramola to cut the lead to 6-3.

A popout and a double play ball prevented further damage. 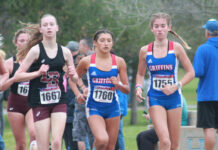