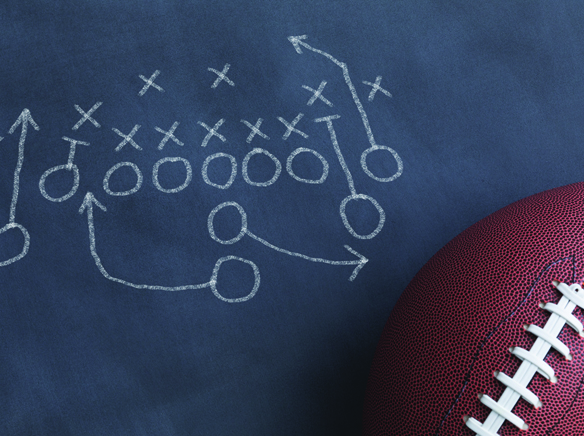 Los Alamitos opened their season with a 41-0 win over Garces Memorial of Bakersfield on Friday in Bakersfield.

Los Alamitos should face a tougher test this week as they travel to Plantation, Florida to take on American Heritage on Saturday. American Heritage was ranked 6th in the preseason state rankings and they opened their season with a 38-20 win over Lowndes last week.

Los Alamitos quarterback Malachi Nelson was recently ranked No. 1 recruit in the nation by ESPN jumping over Arch Manning, the nephew of Peyton and Eli Manning. With several weapons to choose from, led by fellow USC commit, Makai Lemon, the Griffins are expected to be among the top Orange County and CIF Southern Section teams this year.

Their first local game will be Sept. 9, when they host Servite at Cerritos High. That game is scheduled to be televised on Bally’s Sports West.

The Cypress High football team opened the season with a 27-13 win over Foothill High on Friday at Tustin High.

The Centurions jumped out to a 14-0 lead at the end of the first quarter to take control of the game. Quarterbacks Aidan Houston and Elliott Lemonnier combined to throw for more than 250 yards and each threw a touchdown pass.

Matthew Morrell had five catches for 92 yards and a touchdown, while Blake Cuisamano had six catches for 83 yards and a touchdown. Despite the Centurions rushing for only 61 net yards, Cypress was able to punch the ball into the end zone on two runs. Houston had one touchdown run and Nathan Schneider added the other. Sophomore Logan Kennedy had three solo tackles to give the defense a boost.

Cypress will host San Juan Hills on Thursday at 7 p.m. at Western High. San Juan Hills is 0-1, but played a tough game against Santa Margarita before falling 15-6 to the Eagles.

Sophomore quarterback Devin Almazan threw for 136 yards and a touchdown and also ran for a touchdown to lead the Fighting Irish offense. Sophomore running back Drew Deese ran in a 10-yard touchdown as well.

Sophomore Rider Street ran for 58 yards and senior Javi Lovely added 38 yards rushing, but the Fighting Irish who compiled 108 net rushing yards. Devin Bell and Deon Bynum each had 41 yards receiving and Lovely had one reception for a 16-yard touchdown.

Kennedy will try to get its first win on Friday, when they host Northwood at 7 p.m. at Western High. Northwood is 1-0 after winning its opener 21-7 over Woodbridge High.

Sun News editor, Ted Apodaca is looking for local football fanatics to contribute to a seven-week football analysis and prognostication series for the newspapers. Starting with the first weekend of the NFL season (Sept. 8-11), participants will try to predict the winners of games involving the Los Angeles Rams and Chargers, as well as USC, UCLA and the games for the three high school teams in the coverage area of the Sun News and Event-News Enterprise (Los Alamitos, Cypress and Kennedy).

Do you soak up news and info on all things football on all levels? This might be just your thing. Email Ted Apodaca at editor@sunnews.org to find out more and share your insight into football. You can also DM him on Twitter at @st_ath_news. Anyone, high school age or older can participate, provided you are not affiliated directly with any of the local high school teams (player, coach, staff, etc.)