The Los Alamitos High girls basketball team saw its season come to an end with a 47-38 loss to Aliso Niguel on Thursday night at Aliso Niguel High.

The Griffins were led by junior guard Sydney Gandy, who had 14 points and three steals. Sophomore forward Latavia Miller had 12 points and 12 rebounds.

The game was close through three quarters, but the Wolverines began to take control in the third. Early in the third, the Griffins cut the lead to 23-19, when Gandy drove through the key and dished a pass to Molly Clarke for an easy layup.

But the Wolverines were able to extend the lead to 10 points after that, when Sarah Matossian grabbed an offensive rebound and put it back up for a 33-23 lead.

Los Alamitos had entered the playoff as the second-place team out of the Surf League with a 20-9 overall record. 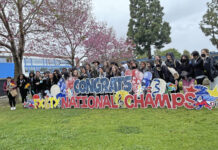 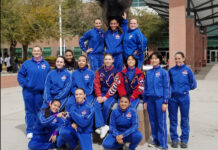