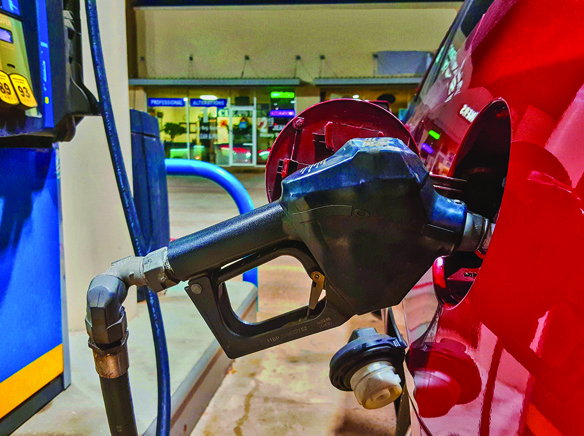 There used to be an ARCO station at 490 Pacific Coast Highway. It was bulldozed in 2011 as a prelude to “dig and haul” decontamination of the site. Gasoline vapors traveled from the former gas station to some homes in the Bridgeport area of Seal Beach. Following a series of public meetings, the station was ultimately demolished and the decontamination work began.

Now the city government is processing an application to build a new gas station on the site.

The Environmental Quality Control Board will hold a public hearing related to the proposed gas station on Wednesday, Dec. 9. The board meeting will start at 6 p.m., according to a Notice Of Intent To Adopt/Notice Of Availability Mitigated Negative Declaration.

To be technical, the Environmental Board will decide on whether or not to approve an environmental document known as a “mitigated negative declaration.” In citizen-speak, a decision to approve a mitigated declaration would mean the board would had found that the potential environmental impact of the project could be minimized by approved steps that the developer would take.

The Planning Commission is tentatively scheduled to hold a hearing on the same declaration Feb. 1, according to a recent notice from the city of “notice of intent to adopt/notice of availability Mitigated Negative Declaration.” (The published legal notice gave the year as 2020. That was apparently an error.)

“The project proposes to construct a new gas station with a convenience store on a 26,793 square foot parcel (or a .62 acre site),” according to the notice.

The city received an application for a conditional use permit (the notice doesn’t say when) to install a 16-pump gas station and convenience store where the old ARCO used to be.

The public has until 5 p.m., Wednesday, Dec. 23, to comment on the Mitigated Negative Declaration, according to the public notice. To see the declaration, visit https://www.sealbeachca.gov/Departments/Community-Development/Planning-Development/Environmental-Documents-Under-Review

Members of the public may email their comments to Senior Planner Steve Fowler at Sfowler@sealbeachca.gov, or phone him at 562-430-2527, extension 1316 or write to him at 211 Eighth Street, Community Development Department, Seal Beach, CA 90740. As previously reported, at the time of its demolition, the original ARCO station was one of Seal Beach’s top 25 sales tax revenue generators.