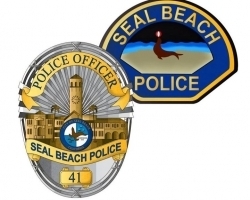 On April 30 from 10 a.m. to 2 p.m. the Seal Beach Police Department and the Drug Enforcement Administration will give the public its 11th opportunity in six years to prevent pill abuse and theft by ridding their homes of potentially dangerous expired, unused, and unwanted prescription drugs.  Bring your pills for disposal to the Leisure World retirement community, front gate, at 13533 Seal Beach Blvd.  The DEA cannot accept liquids or needles or sharps, only pills or patches.  The service is free and anonymous, no questions asked.

Last September, Americans turned in 350 tons (over 702,000 pounds) of prescription drugs at more than 5,000 sites operated by the DEA and more than 3,800 of its state and local law enforcement partners.  In Seal Beach, about 85 individuals dropped off almost 205 pounds of medication.

When those results are combined with what was collected in its 10 previous Take Back events, DEA and its partners have taken in over 5.5 million pounds—more than 2,750 tons—of pills.

Medicines that languish in home cabinets are highly susceptible to diversion, misuse, and abuse. Rates of prescription drug abuse in the U.S. are alarmingly high, as are the number of accidental poisonings and overdoses due to these drugs.

Studies show that a majority of abused prescription drugs are obtained from family and friends, including from the home medicine cabinet. In addition, Americans are now advised that their usual methods for disposing of unused medicines—flushing them down the toilet or throwing them in the trash—both pose potential safety and health hazards.

For more information about the disposal of prescription drugs or about the April 30 Take Back Day event, visit www.deadiversion.usdoj.gov.

Foot Patrol—7:17 a.m.—San Gabriel River and Pacific Coast Highway—An officer on foot patrol checked a homeless camp. The officer contacted one individual. Details of that contact were blacked out in the log. The officer found a bicycle. The Seal Beach Police Department later notified Caltrans about grafitti under the bridge. Report taken.

Welfare Check—12:01 p.m.—Seal Beach Boulevard—The caller said a woman holding a 3-month-old baby was asking for money. The caller was concerned about the baby being in the sun. Police unit 106 determined the child was OK and advised the woman against soliciting.

Counseling—12:07 a.m.—Sea View Lane—The caller was scammed out of money by someone claiming to be Mega Millions. They were now calling her for more money. Report taken.

Found Property—6:16 p.m.—Sixth Street—Keys were found in the caller’s mailbox. The caller didn’t know who the keys belonged to. Report taken.

Possible Petty Theft—6:49 p.m.—First Street—The caller contacted police about an earlier disturbance call and said that an individual known to him took his wallet, meds and other property. The caller requested a log item. Counseled.

Disturbance—8:22 p.m.—Seal Beach Boulevard—The caller said a man refused to leave because he was upset that the store wouldn’t allow him to return some sunglasses. The store apparently refused to accept his sunglasses because he didn’t have his original credit card with him. The customer in question also called the police.

According to the log, he sounded as if he had been drinking. The man was sent on his way. He would attempt to contact the business manager. Counseled.

Vehicle Burglary—9:30 a.m.—Marlin Avenue—Between 8:30 p.m., Tusday, March 22, and 7:15 a.m., Wednesday, March 23, someone reportedly burglarized the caller’s car. Point of entry: unknown. There was no obvious sign of a break-in. The loss included window shades, a checkbook, medication and other items. Report taken.

Vehicle Burglary—9:52 a.m.—Beryl Cove Way—Between 10 p.m., Tuesday, March 22, and the time of the call to police, someone burglarized the caller’s car. Point of entry: unknown. There was no obvious sign of a break-in. Loss: wallets, gift cards, miscellaneous papers, books and other items. Report taken.

Suspicious Occupied Vehicles—1:01 p.m.—Basswood and Lampson—The caller said man and a woman in a car were looking into the cars in the parking lot of the Seal Beach Tennis Center. Police unit 106 checked the Tennis Center. There were three cars in the lot and no sign of any crime. The suspicious occupied vehicle was gone by the time police arrived.

Found Property—1:40 p.m.—Bolsa Avenue—The caller found a plastic bag containing what the caller believed to be pills in the playground sandbox. The caller had the bag in his office. As of 1:52 p.m., the breath mints were disposed of. Police unit 106 determined no further police services were necessary.

Suspicious Occupied Vehicle—2:17 p.m.—12th Street—The caller reported a van parked in front of the location with the engine running for four hours. The van had tinted windows. Police unit 107 was unable to locate the van. Police unit 107 checked several black SUVs in the area.

Welfare Check—4:31 a.m.—Seal Beach Boulevard—The caller said a woman standing near the ATM in the parking lot was asking passersby for help. The caller said she seemed scared.

There was a man inside an SUV looking at her. The woman said, “Help me,” and “I need to go to a women’s shelter.” Police unit 106 contacted her. Some details were blacked out in the log. She refused all police assistance. She was counseled on shelters in the area.

Suspicious Occupied Vehicles—4:50 p.m.—Crestview Avenue—The caller said a pick up truck was going from house to house. The caller thought the occupants of the truck were casing the area. The truck had bags of concrete in the back. Police were unable to locate the truck.

Disturbance, Family—5:27 p.m.—Seal Beach Boulevard—The caller said a man and a woman were having a verbal fight while going northbound on foot. The man reportedly pulled the woman’s hair, then pushed her. The man was seen opening the hood of a car. Police unit 106 contacted the man. It was not known where the woman went. The man went out to the median to try and retrieve the car keys. Police also contacted a woman at another location. Details were blacked out in the log. Both the man and the woman denied any physical assault took place. They both left on foot, going in opposite directions.

Disturbance—5:45 p.m.—16th Street and Pacific Coast Highway—The caller said a man was yelling at passersby. Police were unable to locate him.

Petty Theft Report—9:17 p.m.—Marina Drive—The caller reported the theft of a credit card from a car that was left unlocked. Someone was already making charges against the card. The crime occcurred sometime in the past couple of days. No report desired.

Suspicious Occupied Vehicle—9:29 a.m.—Beachcomber Drive—The caller said a car had stopped at three houses with donation bags in front. The woman driving the car was going through the bags. It was not known if she took anything. The woman and her car were gone by the time the police arrived.

Vehicle Burglary—10:11 a.m.—Montecito Road—The caller didn’t know when the crime occurred—possibly the previous weekend. Suspect: unknown. Point of entry: broken lock. Loss: a garage remote. Some details were blacked out in the log. The caller did not want to file a report, but did want the police to be aware of the incident.

Welfare Check—10:34 a.m.—Ocean Avenue—The caller, relaying second-hand information, said a dog was inside a car parked on the east side of the parking lot, near the concrete sand barrier. The window was cracked. The caller could hear the dog barking. The caller was cancelled before a unit could be dispatched. The owner came back to the car and left.

Identity Theft—1:26 p.m.—Candleberry Avenue—A citizen reported that someone opened an account under his name and now it had gone to a collection agency. Report taken.

Welfare Check—5:38 p.m.—Seal Beach Boulevard—The caller said a man and a woman with an infant and a sign were begging for money. Police were unable to locate them.

Welfare Check—7:36 p.m.—Heron Point—The caller said a man was on the ground. He told the caller he was OK, but was wobbly. Police were unable to locate him.

Barking Dog—12:11 a.m.—Blue Heron—The caller could hear a dog barking a couple of hundred yards behind her home. She feared a coyote might have gotten to it or that it was in distress. Police unit 207 checked the area starting from the Gum Grove side. Police were unable to locate the dog