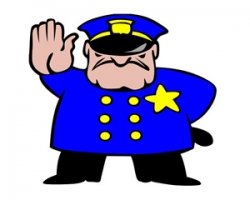 Law Enforcement Isn’t Easing Up; Everyone Found Driving Over the Limit Will Be Arrested

The Seal Beach Police Department will join nearly 10,000 other law enforcement agencies nationwide in support of an intensive crackdown on impaired driving thru Sept. 5, known as “Drive Sober or Get Pulled Over.”

DUI/Driver’s License Checkpoints are scheduled for the following dates:

All checkpoints will be conducted within the city limits beginning at 6 p.m. in partnership with law enforcement nationwide during the Summer/Labor Day Campaign.

The crime of impaired driving is a serious one.

In 2009 alone, 10,839 people died in crashes in which a driver or motorcycle rider was at or above the legal limit, according to the National Highway Traffic Safety Administration.

The age group with the highest percentage of alcohol-impaired-driving fatalities in motor vehicle traffic crashes was the 21-to-24 age group.

“All too often, innocent, law-abiding people suffer tragic consequences and the loss of loved ones due to this careless disregard for human life,” said Robert Luman, interim Seal Beach Police chief.

Because we’re committed to ending the carnage, we’re intensifying enforcement during the crackdown. Since twice as many alcohol-impaired accidents occur over the weekend and four times as many occur at night, we will be especially vigilant during these high-risk times when impaired drivers are most likely to be on our roads,” Luman said.

“Our message is simple and unwavering: if we find you driving impaired, we will arrest you. No exceptions,” Luman said. “Even if you beat the odds and manage to walk away from an impaired-driving crash alive, the trauma and financial costs of a crash or an arrest for driving while impaired can still destroy your life.”

According to the Seal Beach PD, violators will face jail time, loss of their driver licenses, or being sentenced to use ignition interlocks. Their insurance rates go up. Other financial hits include attorney fees, court costs, lost time at work, and the potential loss of job or job prospects. When family, friends and co-workers find out, violators can also face tremendous personal embarrassment and humiliation.

The national Driver Sober or Get Pulled Over crackdown is led by NHTSA with the California Avoid DUI Task Force Campaign combining high-visibility enforcement and heightened public awareness through publicity. For more information, visit the High-Visibility Enforcement Campaign Headquarters at www.StopImpairedDriving.org.

For statewide and local Avoid DUI Task Force Campaign Enforcement Schedules and Daily DUI Arrest/Fatal Stats, visit the www.californiaavoid.org.  The program is funded by the California Office of Traffic Safety.

Disturbance, Juveniles—1:31 a.m.—Provincetown—Three or four boys in their teens were toilet papering a house. They were gone by the time the police unit arrived.

Police unit 107 found that the neighbor was home. No further police services were necessary.

Welfare Check—5:03 p.m.—Main Street—The caller reported a dog inside a vehicle. The windows were only slightly cracked open. The call was cancelled prior to the dispatch of a police unit. The registered owner of the vehicle apparently showed up.

Transient—11:19 a.m.—B Row, Surfside Colony—A man who was described as a transient was reported spitting on things and acting suspiciously. Security relayed the information second hand to the police. Police unit 107 found a local transient begging for food as people came in off the beach. He told police he was leaving the area. Counseled.

Police unit M6 found 30 to 35 individuals under age 21. Six cases of beer were opened and disposed of; the minors were counselled.

Disturbance, Juveniles—3:49 p.m.—Avalon Drive—The caller’s son was shot with an air soft pistol by some teachers who were at Gum Grove. The caller declined medical help. The balls fired at the caller’s son did not break the skin. The suspects were described as tall and thin white males. Police unit 107 found five airsoft shooters aged 10 to 12 years old. They were advised about their behavior.

Disturbance, Noise—10:31 p.m.—Pacific Coast Highway—The caller complained about noise coming from a loud generator at a business. Police unit 241 contacted the grease removal contractor. The contractor said this was his final stop at the location because the business is no longer there. Matter solved.

Disturbance, Noise—5:52 a.m.—Seal Beach Boulevard—The caller complained about an on-going problem with trash trucks in the center making noise. The caller said this was a violation of the municipal code and had been going on for months. Police unit 106 located and contacted three trucks related to Seal Beach Boulevard construction. Police unit 106 also contacted the driver of a delivery truck. The delivery driver was advised that no deliveries are allowed between 10 p.m. and 7 a.m.

Identity Theft—3:13 p.m.—Electric Avenue—Loss: at least $1,500 based on the accounts opened in the victim’s name. Supplemental report taken.

Shots Heard—1:48 a.m.—Coastline Drive—The caller heard what sounded like gunshots, possibly three of them. Police unit 262 found remnants of fireworks in front of a location on Catalina Avenue.

Suspicious Person—5:52 p.m.—Almond Avenue—The caller said someone was sleeping under a tree close to the wall next to the playground equipment. Police unit 206 found a man and a woman near the sound wall on the south side of the park. They were local residents enjoying the park.

Identity Theft—3:38 p.m.—Del Monte Drive—A citizen said someone was using the citizen’s name on real estate deals and had been for the past six to seven years. The caller provided police with the names of the suspects. The citizen was counseled.

Suspicious Occupied Vehicle—7:54 p.m.—Christy Lane—The caller asked police to check on a vehicle parked across the street with three people inside. The caller thought it was suspicious because the vehicle was parked against a wall and the men were not visiting any of his neighbors.

Suspicious Person or Circumstances—1:43 p.m.—Chesney Drive and Loch Lomond Road—The caller requested a patrol check for two men, unknown to the area, who were loitering near the caller’s garage five minutes earlier.

Disturbance—2:34 p.m.—Walker Lee Drive—The caller said two men fertilized her lawn, then asked for payment. She said she told them that she has a lawn service. The men, however, refused to leave without payment.

Suspicious Person or Circumstances—11:30 p.m.—Montecito Road—The caller said a group of 10 juveniles were walking thru the complex. They were last seen sitting down between vehicles by the entrance.

The caller said the woman also went to the Seal Beach Post office for the same purpose.

The suspect was no longer present when the caller contacted the Orange County Sheriff’s Department.