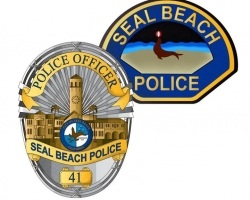 Editor’s note: Information in the Crime Log is based on information provided by the Seal Beach Police Department. Logs provided by the SBPD average approximatley 30 pages per each day. Space may not permit the listing of every incident provided in the log.

Transient (Priority 3)—7:11 a.m.—Surfside Avenue (Surfside Colony)—The caller reported a transient of unspecified gender sleeping in a tent on the beach in front of the location.

Police unit 107 advised/warned/counseled the individual against sleeping in a tent on the beach. Police unit 106 was available for back up by did not come to the scene. Incident response time: 6 minutes 10 seconds.

Transient (Priority 3)—8:07 a.m.—Pacific Coast Highways—The caller reported a man sleeping downstairs on the bench. Police units 106 and 107 advised/warned/counseled the man about his behavior and he was leaving.

Petty Theft Report (Priority 3)—9:49 a.m.—Ironwood Avenue—A citizen came into police headquarters to report the theft of the catalytic converter from the citizen’s car sometime on the prior day. Police unit S24 took the report.

Petty Theft (Priority 2)—10:06 a.m.—Pacific Coast Highway—The caller said an employee was out front with a petty theft suspect. At 10:07 a.m., the suspect was seen leaving the parking area. The caller said the theft was only attempted. The caller had the property. Police units 107 and M6 responded. Unit S23 was available for back up but apparently did not participate. No report desired.

Fraud Report (Priority 3)—12:27 a.m.—Seal Beach Boulevard—A citizen walked into police headquarters to report that someone withdrew money from their account. The amount of money taken was blacked out in the log.

Welfare Check (Priority 2)—2:13 p.m.—Westminster Avenue—The caller requested a welfare check on a woman, possibly a transient, who had been on the caller’s patio since that morning. Police units 107 and M6 responded. Unit 107 advised dispatch that the woman in question was uncooperative but voluntarily left the area.

Animal Welfare (Priority 3)—7:49 a.m.—Main Street (Old Town)—The caller reported a dog inside a car with all the windows rolled all the way up. The car and the dog were gone when police unit 107 arrived. Incident response time: 28 minutes 59 seconds.

Welfare Check (Priority 2)—9:11 a.m.—12th Street and Ocean Avenue (Old Town)—The caller said a man in a car had been in the middle of the street for the previous 15 minutes. The caller contacted him and he seemed to the caller to be incoherent. Police units 107 and 141 responded. He was interviewed in the field.

Suspicious Person (Priority 2)—3:55 p.m.—Catalina Avenue—The caller reported a man walking in the street who the caller apparently did not believe was familiar to the area. At 3:59 p.m., a second caller reported the same. As of 4 p.m, he was seen walking westbound in the middle of the street. Police units 107 and 141 responded. Unit 107 contacted the man on Crestview at about 4:02 p.m. Unit 107 interviewed him in the field and determined he was a vagrant who got lost making the wrong turn at Pacific Coast Highway. He checked out OK. No crime had occurred. Incident response time: 5 minutes 28 seconds.

Petty Theft Report (Priority 3)—7:21 p.m.—Seal Beach Boulevard—The caller’s wallet was taken from her shopping car. The caller said a man confronted her, asking questions, and then she noticed that her wallet was gone. She said the crime occurred one hour before the call to police. As of 7:23 p.m., she had canceled her credit cards. Police unit 206 took a report.