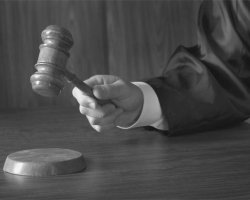 Stolen Property—10:31 a.m.—Beachcomber Drive—The caller reported that on March 21 an unknown person took a package off the caller’s porch. The caller only wanted the incident logged down and did not want to file a report.

Disturbance—3:29 p.m.—Marina Drive—The caller, who’s a vendor, was at a client’s business and attempted to pull product out of the business. The client began cursing and yelling at the caller. The two were counseled.

Petty Theft—5:03 p.m.—Sunningdale Road—The caller claimed they were the victim of elder abuse and theft at the hands of a caregiver. Report was taken.

Assistance—6:02 p.m.—Tam O’ Shanter Road—A 93-year-old man was driving and got lost. Police did not feel comfortable sending the man on his way alone. The man and his vehicle were dropped off at his residence.

Speeding Vehicles—6:58 p.m.—Seal Beach Boulevard and Bradbury Road—A caller reported that a black Mercedes-Benz and a white sedan were racing. Officers were unable to locate the two cars.

Patrol Check—7:01 p.m.—College Park Drive—A caller reported that the caller and their infant were almost struck by a 19-year-old male in his Jeep Cherokee doing “donuts.” The driver was contacted and counseled.

Citizen Assist—7:56 a.m.—Westminster Avenue—A caller was notified that someone was trying to take the caller’s Honda CRV, which was in front of the business where they were located. The caller said they think the person is mistaking it the vehicle for their own. Officers arrived on scene and arrested Heather Lee Wall for an outstanding warrant.

Indecent Exposure—1:05 p.m.—Ocean Avenue—A man in his 30s was seen wearing white see-through underwear at the showers by the pier on the 8th street side. The caller said they saw him pull out his genitals twice but they did not believe he was doing it on purpose. Officers arrived on scene and conducted a field interview but it was a bit difficult due to a language barrier.

Suspicious Activity—3:30 p.m.—Ocean and 3rd Street—A caller reported seeing a male in his 50s walking slowly around the neighborhood and looking into car windows. Officers counseled the man.

Disturbance in Auto—7:34 p.m.—Seal Beach Boulevard—A caller reported that a man was standing behind the caller’s vehicle so he couldn’t leave. Officers on scene were informed there was dispute over damage to the man’s vehicle due to a door ding. Officers inspected the vehicles and there was no damage found. Both parties were counseled.

Counterfeit Reported—9:39 p.m.—Pacific Coast Highway—A business received a fake $100 bill recently and the person who tried to pass off the fake bill was in the drive thru. A report was taken.

Vandalism—11:01 p.m.—1st Street—A caller reported that someone destroyed his wheelchair, which was parked in a parking stall. Officers arrived on scene, found no damage to the wheelchair and found that the caller was drunk. The caller was counseled.

Suspicious Person—12:25 a.m.—Seal Beach Boulevard—A man in his 30s wearing dark clothing was standing outside of a business. The caller reporting the suspicious man said they were too afraid to approach him. Officers arrived and spoke to the man and he said he was using the business’ Wi-Fi. No further police service was needed.

Unknown Trouble—6:01 a.m.—Crestview Avenue—A female caller was screaming on the phone when she called 911. Officers and paramedics were dispatched to the scene. When they arrived the caller was on the ground. Paramedics were cleared to enter and investigate the dead body.

Burglary—7:45 a.m.—Ocean Avenue—A job site was ransacked overnight. The suspect broke through a plywood fence and a garage. There was an unknown amount of loss but the caller will itemize the loss and report it later. The stolen property will likely consist of construction materials and work tools.

Harrassment—9:59 a.m.—Seal Beach Boulevard—A caller reported they were being harassed by telephone while at work. A report was taken.

Driving Under The Influence—10:07 a.m.—Seal Beach Boulevard—A caller reported they saw a person in a vehicle passing out while in the drive thru of a business and then ran over the curb a couple of times before pulling away. Officers were unable to locate the vehicle.

Petty Theft—11:20 a.m.—Seal Beach Boulevard—Two suspects, unrelated to each other, came into a store and cut open packages with the intention of stealing the contents. The incident occurred Monday. A report was taken.

Petty Theft—2:11 p.m.—Seal Beach Boulevard—A woman attempted to steal merchandise but was stopped by security before she left. When the caller contacted authorities the woman laid on the floor pretending to be passed out but when the phone call was almost over the woman started sitting up. The woman was arrested.

Illegal Peddling—2:30 p.m.—Seal Beach Boulevard—A female was in a parking lot with two children asking for money. The caller said someone gave the woman food. Afterwards, the woman walked to her vehicle with her children. A citation was issued.

Suspicious Person—7:02 p.m.—Pacific Coast Highway—A man wearing dark clothing attempted to take the caller’s bike but then ran off. A second caller reported that the man attempted to take another bike. A report was taken.

Disturbing the Peace—9:48 a.m.—Westminster Avenue—A man, 25-30 years old, was walking eastbound on Westminster Avenue challenging people to fight. Later, the man attempted to jump the fence into Leisure World. Officers located the man and arrested him.

Welfare Check—10:34 p.m.—Interlachen Road—A female caller said someone was in her residence taking items. She also said that the unknown person was taking her vehicle at night. Officers arrived to her residence but could not make contact because the woman’s home was boarded up.

Suspicious Person—4:22 a.m.—Birchwood Avenue—A caller reported that an unknown person went into the caller’s backyard and then exited. The caller was awakened by her pool gates being open. The caller believes that the person could be under the influence and could’ve gone into another yard. Officers were unable to locate the person.

Suspicious Person—5:50 a.m.—Birchwood Avenue—A man was found sleeping in the caller’s garage. When the caller found him there, the caller yelled at him and told him to leave. The man was later located by officers and arrested.

Disturbing the Peace—10:29 p.m.—Pelorus Avenue—Two males were involved in a verbal dispute and disturbing the peace. The caller was told to call the police by the female of the residence. One of the males was having difficulty breathing because he was intoxicated and was transported to the hospital.

Non-Injury Traffic Accident—11:11 a.m.—Pacific Coast Highway—Two vehicles were in a minor accident. One of the persons involved was refusing to exchange insurance information. Officers arrived, assisted and information was exchanged between the two parties involved.

Disturbance, Family—11:53 a.m.—College Park Drive—One of the two people involved grabbed the other person’s phone and were yelling at each other. Officers arrived and counseled the people in conflict. Both people involved agreed to stay away from each other.

Burglary—12:56 p.m.—St. Andrews Drive—A caller reported that their wallet and money was stolen from their residence. It is believed the burglary occurred the night before. No one was seen. A report was taken.

Beer Run—1:54 p.m.—Marina Drive—Three teenagers attempted a beer run. They fled in a truck with one of the teens in he bed of the truck. Officers found the teens and then escorted and released them to the teens’ parents

Disturbance, Juveniles—4:34 p.m.—Ocean Avenue—Two teenagers were seen inhaling computer cleaner down by the swings next to the pier. The two teens were stopped for a field interview on Main Street but they had already ditched the computer cleaner.

Fight—4:51 p.m.—Seal Beach and Towne Center—About six people were fighting in the street. The altercation moved to the parking lot according to the caller. Officers were unable to locate the people involved.

Animal Information—5:59 p.m.—Ocean Avenue—A caller reported that a man began being unpleasant when she told him not to touch a seal that was next to a lifeguard tower. The Orange County Mammal Service was on scene and put caution tape around the area. No crime officers assisted on scene.

Drunk—6:46 p.m.—Ocean Avenue—A caller reported that a man was being unpleasant due to intoxication. He was disturbing construction workers nearby and was told to leave. When he left, the man walked into a tree, according to the caller. Other people nearby tried to talk to the man. Officers arrived and the person was arrested.

Welfare Check—7:04 p.m.—5th and Marina—A caller reported that woman riding her bike had fallen twice and was possibly intoxicated. Officers found the woman on a nearby bus bench and took her in for being drunk in public.

Domestic Violence—12:46 a.m.—Central and 8th —A caller reported being punched in the face and being kicked out of a car. There were no medics needed, but the caller had a busted lip. The victim was taken back to the station. A report was taken.

Possible DUI—1:53 a.m.—Pacific Coast Highway and Bolsa Avenue—A driver was seen swerving on the road. The driver made a left onto 1st street and could not be located by officers.

Baby Locked in Vehicle—2:37 p.m.—Seal Beach Boulevard—A customer had a baby locked in their vehicle. AAA arrived on scene and assisted.

Animal Bite—2:56 p.m.—Anchor Way—The caller’s dog bit a child from the neighborhood when the child came to the caller’s door. Animal control was contacted.

Indecent Exposure—4:15 p.m.—Neptune and Ocean—A man wearing a black g-string was seen exposing himself to females on the beach. The man was also doing so in front of children. Seal Beach lifeguards and police officers were unable to locate the man

Welfare Check—10:03 p.m.—Marina Drive—A caller reported that a man was out on the Jetty and claimed to be “King of the Rocks.”

When the caller’s friend tried to help the man, he threw a log at her. Officers were unable to locate the man.

Family Disturbance–12:44 p.m.–Los Alamitos Boulevard–The caller reported a mother and son arguing. The mother said she wouldn’t give him keys to her car because he was a spoiled brat. Patrol assisted.

Vehicle Burglary–9:55 a.m.–Shasta Avenue—The caller reported a vehicle was broken into the previous night. The point of entry was unknown. The caller said he locked the vehicle overnight. Loss: two scuba tanks, miscellaneous tools and a toolbox valued at more than $400. Report taken.

Fire—7:12 p.m.—Howard Avenue—The caller reported an individual burning cables and stereo equipment in the front yard. The Orange County Fire Authority was waiting to be cleared to go on scene by police, who first had to check out the individual. The individual had smoldering plastic in the front yard that he was going to put it out. Patrol determined no further law enforcement services were necessary.

Suspicious Person–9:16 a.m.–Cerritos Avenue–The caller reported a man talking to himself in the school’s parking lot. He was described as having dark skin, wearing black shorts and shirt with a sweatshirt around his waist. He was cited.

Person Down—9:37 a.m.—Farquhar Avenue—The caller reported a man passed out with a vodka bottle next to him. He was laying on the lawn and was not moving. He was arrested upon waking up.