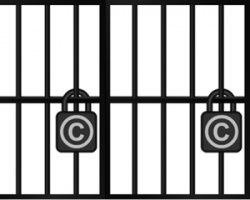 On Wednesday afternoon, May 18, a citizen called the Seal Beach Police Department to report that a dog had been left inside a vehicle. According to the  caller, the windows were rolled up. The vehicle was gone by the time the police arrived.

In California, it is a crime to leave an animal unattended in a car under conditions that endanger animal’s health.  The Penal Code is 597.7 The punishment for violating 597.7 depends on whether it is your first offense—that is, the first time you were caught committing the offense—and on whether the animal was injured.

The first time you are convicted of this crime, the fine is a maximum of $100 per injured animal—unless the animal is injured or killed.

If the animal dies, the maximum penalty is a $500 fine, six months in the county jail or both.

If you are convicted of this crime more than once, it will not matter whether the animal was harmed. Subsequent convictions for violating PC 597.7 are punishable by a $500 fine, six months in the county jail or both.

In related news, the Los Alamitos Police Department Blog recently posted a two-part series on the dangers of leaving a child unattended in a car.

That’s a violation of California Vehicle Code 15620. The penalty: a $100 fine, according to an April article published in the Pasadena Star-News.

If the child suffers injury or death as a result of being left in the car, the person responsible could also be prosecuted for child endangerment—a crime punishable by two, four or six years in state prison, according to the 2008 edition of the California Penal Code.

The Los Al PD Web site includes a video on the dangers of leaving children in cars and a link to a Washington Post article on the subject.

The Web site for the Los Alamitos Police Department blog is http://losalamitospolice.blogspot.com.

Walk Through—5:19 p.m.—Emerald Cove Way—The caller came to the Emerald Cove Way location to view the property. There was a bike with a helmet in the garage and the bathroom door was shut.

Police checked the property and determined no further police services were required.

Fight—5:24 p.m.—Marina  Drive and 1st  Street—The caller reported a fight. One man was bleeding  from his nose. People were running in different directions. The caller apparently asked some of the men involved if they needed medical assistance and the caller was told no. Report taken.

Suspicious Vehicle—2:34 a.m.—Main Street—The caller said a car parked in the alley had both doors open. There was no one in or near the car. Police unit 121 checked. The car doors were secure. Someone had left a bag of groceries inside the vehicle.

Animal Information—9:04 p.m.—Dolphin Avenue and Seal Way—Police received a report of a baby seal that appeared to be in distress and did not look well. The seal was on the shoreline. Message delivered to Long Beach Animal Care Services.

Petty Theft—9:50 a.m.—8th Street—According to the citizen who reported the crime, a back pack that was left unattended on the beach while the citizen surfed was stolen between noon and 2 p.m., Wednesday, May 19.

Robbery—5:08 p.m.—Main Street—The crime apparently occurred on Wednesday night. One of three white males wearing dark clothes pushed a citizen down and hit her three times while the other two went through her purse. Loss: $300 cash. Report taken.

The cards have been used. Point of entry: possibly an unlocked door.

Vehicle Burglary—3:37 p.m.—Seal Beach Boulevard—The crime apparently occurred between noon and the time of the call to police. Point of entry: smashed window. No report desired. No loss. Log entry.