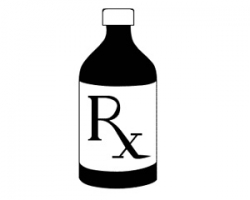 The Long Beach Police Department and Long Beach Memorial have teamed up to participate in the Drug Enforcement Administration’s National Pharmaceutical Take-Back initiative.

The hours will be the same.

Both the Seal Beach events will offer a drive-thru service that is free and anonymous.

In Long Beach, the driver of the 25th, 50th and 75th participating vehicle will be awarded a pair of Aquarium of the Pacific tickets.

Many Americans are not aware that medications that languish in home cabinets are highly susceptible to diversion, misuse and abuse.  Prescription drug abuse in the United States is increasing at alarming rates, as are the number of accidental poisonings and overdoses due to their availability.

Studies show that a majority of abused prescription drugs are obtained from family and friends, including from home medicine cabinets.

In addition, many Americans do not know how to properly dispose of their unused medications, often flushing them down the toilet or throwing them away—both potential safety and health hazards.

Once collected, the unwanted pharmaceuticals will be turned over to the Drug Enforcement Agency, which will safely destroy them.

Bike—2:12 p.m.—Eighth Street—The caller reported the theft of a red tandem bike with black handle bars and a black basket between 9 a.m. and 1 p.m. The stolen bike was valued at $250.

Disturbance, Noise—11:10 p.m.—10th Street—The caller said someone was using a grinder or saw in the alley.

Recovered Stolen Vehicle—12:14 a.m.—Electric Avenue and Marina Drive—Police unit 107 while on duty found a vehicle that was reported stolen to the Los Angeles County Sheriff’s Department in Lakewood. At 12:22 p.m., the registered owner was en route.

Defraud Innkeeper—3:17 p.m.—Pacific Coast Highway—The caller said suspect got a massage and left without paying. The massage was valued at $106.

Assist Other Agency—9:09 a.m.—Ocean Avenue—An individual at the end of the Seal Beach Pier was hit in the head by a weight attached to a fishing line, resulting in a head injury. The Orange County Fire Authority was en route. Assisted.

Suspicious Person—1:05 p.m.—Bolsa Avenue—The caller said a man with a large camera was pointing it at the school. The caller didn’t believe the man was with a news crew. Police unit 107 contacted the crew for a television station.

The station number was blacked out in the log. Unit 107 determined that no further police services were necessary.

Property Destruction—3:24 p.m.—16th Street—The caller was moving and said she had ammunition she would like booked for destruction.

Extra Patrol Checks Requested—7:17 a.m.—Violet Street—The caller said her home had been toilet papered for the second time in two weeks. The caller requested extra patrol checks at night and in the morning. Beat unit advised.

Defraud Inkeeper—1:20 a.m.—Seal Beach Boulevard—Three individuals refused to pay a cab driver. One of them threw up in the back of the cab. At 1:32 p.m., the log said the cab driver had been paid. Log entry.

Possible Transient—10:05 a.m.—10th Street—The caller said a man who the caller described as a transient was begging for money. He was transported away by a church goer.

Welfare Check—10:42 a.m.—Oakmont Road, Mutual Unknown—The caller was on the phone with a customer when the woman, a Leisure World resident, may have passed out in mid-conversation. Leisure World Security was en route. As it turned out, the customer simply fell asleep. Matter solved.

Identity Theft—11:02 a.m.—Oakmont Road, Mutual Unknown—Someone used the caller’s identity to open up a credit card account and purchase items. The suspect apparently used the account to buy silver coins—and had them delivered to the victim’s home.

Suspicious Person—5:57 p.m.—3400 block of Katella Avenue—A man described as a white male in 20s; 5 feet, 10 inches; wearing a blue flannel shirt and beige pants who was possibly under the influence had been asking what the caller described as suspicious questions. He was arrested.

Suspicious Person—12:38 a.m.—Lexington and Howard—Two individuals in an older white Mustang were reportedly eyeing a work truck. The caller believed they may be casing the work truck, possibly with the intent to break into the truck. The suspects had been in and out of their car. A police unit determined that their car has broken down and they were not casing the truck.

Petty Theft—12:37 a.m.— Katella Avenue—The caller said an individual stole some candy and attempted to steal some beer. The caller got the beer back and the suspect was last seen heading south on Noel in a red SUV.

Welfare Check—5:14 p.m.— Katella Avenue—The caller said a female had been parked in a green Saturn SUV in the back of the parking lot. The caller said she appeared to be sleeping, but has been there since about 1:30 p.m. A police officer contacted the woman. She did not respond to the officer’s questions. The woman was transported to Los Alamitos Medical Center and her vehicle was secured.

Indecent Exposure—5:32 p.m. –Bradbury and Los Alamitos—The caller said that a man waiting at the bus stop walked over to the corner residence and urinated on it. Caller said the suspect was possibly under the influence of something. Police conducted a field interview with suspect. Final action not reported.

Extra Patrol Check Requested—7:41 p.m.—4200 block of Howard Avenue—The caller said that four males were loitering in the alley between Howard and Farquhar. The caller said the same individuals are known to pop firecrackers.

Suspicious Person or Circumstances—9:18 p.m.—Oak Knoll Drive—The caller requested a patrol check for a boy in his mid- to late-teens  going door to door selling newspapers. The caller thought it was suspicious due to the hour.

Suspicious Person in Vehicle—9:34 p.m.—Kensington Road—The caller reported seeing two individuals in a parked truck. When the two individuals saw the caller, they got out of the truck and started walking toward Gertrude Drive. The caller thought this was suspicious because of recent residential burglaries in the area.