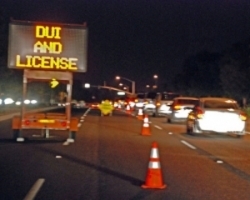 The SBPD has scheduled checkpoints for Saturday, Sept. 3 thru Monday, Sept. 5.

The checkpoints are part of a nationwide crackdown on Labor Day Weekend drunk driving.

Only street names are used; times given are reported times, not incident times. Crime Log entries are based on preliminary information.  Space limitations make it impossible to publish every incident. Until proven guilty in a court of law, all suspects are considered innocent.

Counseling—4:51 p.m.—Dogwood Avenue—The caller contacted police regarding a neighbor who was cutting her plants at the point where the plants hang over the neighbor’s side of the fence.

Disturbance—1:53 a.m.—17th Street—The caller said four juveniles in the alley behind the caller’s residence were being loud and talking about smoking drugs. The caller didn’t know if they were smoking drugs. They were gone by the time a police unit arrived.

Disturbance, Noise—5:59 a.m.—Seal Beach Boulevard—The caller complained about an on-going problem with trash trucks making a lot of noise and the back up sensors being loud.

When the caller contacted the bank, the caller was informed there were insufficient funds to cover the check. The woman then reportedly attempted to do the same at the Post Office in Surfside.

Suspicious Person—8:10 a.m.—Dolphin Avenue and Seal Way—The caller reported interrupting someone while that person was trying to steal a bike. The caller thought the bike had been there for awhile, but did not think the man was the bike’s owner. When the caller confronted the suspect, he walked away. Police unit 107 contacted someone matching the suspect’s description. He was interviewed in the field.

Suspicious Person—10:55 a.m.—Purdue Circle—The caller, relying on information from the caller’s 15-year-old son, said a man asked the boy to let him into the house to check for leaks about three minutes prior to the call to police.

The dispatcher attempted to call the son, but no one answered. Dispatch called again and reached the boy. The man was no longer there. It turned out the man was with the gas company.

Suspicious Person—5:15 a.m.—A Row, Surfside Colony—The caller reported the theft of $800-900 worth of alcohol. Thee suspects took alcoholic beverages worth almost $900 over the course of a week. Report taken for business burglary.

Suspicious Person—10:17 p.m.—1st Street and Marine Drive—Approximately 10 men were reported riding bikes southwest on 1st Street towards the ocean. The caller was concerned because of recent bike thefts in the area.

Disturbance, Fight—1:16 a.m.—Main Street—The caller told police that  disruptive men had returned to Clancy’s and were starting a fight. They were standing near the pool tables and being argumentative with the owner and the bouncer. At that point, the fight was verbal rather than physical Police unit 242 arrested at least two men for public drunkenness.

Welfare Check—11:01 a.m.—Seal Beach Boulevard—The caller reported two small children, possibly 2 and 4 years old, in a car with no parents around. The call was cancelled prior to the dispatch of a police unit. naval Weapons Station Security handled the matter.

Disturbance—10:48 a.m.—Montecito Road—The caller said a neighbor was throwing trash and foliage on the caller’s property.

Illegal Peddling—5:35 p.m.—Silver Fox Road—The caller said a man was trying to raise money. The log did not specify what that cause was. The peddler reportedly became hostile when the caller refused to help him.

Burglary Report—5:47 p.m.—Foster Road—This was apparently an attempted burglary. The log did not say if this was the attempt was made on a home or car.

Prowler—7:14 a.m.—Pacific Avenue—The caller just saw a man taking her picture from her bathroom window. He ran out through the patio to the beach.

Disturbance—5:56 p.m.—Pacific Coast Highway—The caller said a violent man who has been  arrested in the past is back harassing people. The suspect was described as a white man in his 40s,  6 feet 3 inches tall, thin, with dark hair in a ponytail, wearing a white Hawaiian shirt. The suspect was last seen traveling on foot towards Broadway.

Disturbance, Music or Party—9:34 p.m.—Pacific Coast Highway. Read—The caller complained about noise coming from a tavern. The caller said they need to shut their doors.

Disturbance—12:32 a.m.—14th Street—The caller requested a patrol check for a group of people singing and drinking.

The caller did not want contact with Orange County Sheriff’s deputies.

Suspicious Person in Vehicle—9:42 p.m.—17th Street—The caller said a known transient was sitting in a silver-colored vehicle with another man. Both men were white. The second man had a tattoo on his wrist. The log did not describe the tattoo. The caller was concerned that a drug deal might be taking place. The first suspect was described as a blonde man with dreadlock-style hair, 6 feet 3 inches tall, wearing a bright yellow jacket. The caller said the individual who he described as a transient had confronted him previously, demanding money and being threatening.