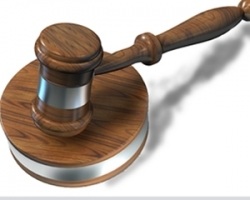 A preliminary arraignment scheduled to be held on July 12 for two Costa Mesa men accused of a home invasion robbery that was reported on Seal Way in August 2017. Information about the hearing was not available at editorial deadline. The preliminary hearing in the case concluded on June 29, 2018. No date has yet been scheduled for a jury trial in the case.

According to a statement issued at the time by the Seal Beach Police, on Monday, Aug. 21, 2017, at approximately 4 p.m., two suspects broke into a home on the 1100 block of Seal Way in Seal Beach. The three men who occupied the home were tied up and the suspects ransacked the home. The suspects told the victims they had a gun, but no gun was ever seen. A safe was reported stolen.

The Seal Beach man accused of fatally striking pedestrian Sarah Krueger with his car last year is scheduled to be arrainged Thursday, July 5. Thomas Chandler Bell, 71, has been charged with one count of misdemeanor vehicular manslaughter without gross negligence in the August 2017 traffic accident that cost Krueger her life. According to the complaint, Bell failed to yield to a pedestrian when his car struck Krueger, 46. If convicted, Bell could face a maximum penalty of one year in the county jail and a fine of $1,000.

A preliminary hearing is scheduled to continue on July 13 for a Seal Beach resident accused of involuntary manslaughter as the result of punching another Seal Beach man in the face in 2017, according to the Orange County Superior Court website.

The preliminary hearing was originally scheduled to begin April 13, but that hearing date was cancelled.

The purpose of a preliminary hearing is to determine if a case goes to trial. However, court dates are subject to change.

According to the DA’s Office, on July 18, 2017 at approximately 1:20 a.m., Matthew Paul Meier was socializing at Clancy’s, a Main Street bar, where he was employed, when he allegedly punched 46-year-old James Tinsman once in the face with a closed fist, causing the victim to lose consciousness, fall backward, and strike his head on the pavement outside of the bar.

Witnesses reportedly called 911 and emergency medical responders took the victim to a local hospital. Tinsman died later that day as a result of severe head trauma sustained during the assault, according to the police. In the early morning hours of Aug. 2, 2017, Seal Beach Police arrested Meier. He was released on $100,000 bail posted on Aug. 8, 2017.

In early June, a Seal Beach resident was sentenced to 10 years in state prison for manslaughter in the traffic death of a German tourist, according to the Orange County Superior Court website. He was convicted in October 2017. The victim German tourist Lisa Schelborn, 19, died in 2016.

Wood guilty on Sept. 17, 2017. According to the Orange County District Attorney’s Office, Wood was high on methamphetamine in December 2016, when his pickup truck passed over the painted center median and was struck by a car being driven by German tourist Lisa Schelborn, 19. Schelborn died as a result of her injuries.

A pre-trial hearing on an unspecified issue has apparently been scheduled for Aug. 21 in the case of a Seal Beach man accused of setting a house on fire that was under construction at the time, according to the Orange County Superior Court website. In January, Seal Beach Police detectives, working with investigators from the Orange County Fire Authority, arrested John Louis Maier Jr., 60, of Seal Beach, on suspicion of arson.

Prosecutors have filed 22 counts against Maier stemming from an alleged attack with “Molotov-cocktail” type device on a house that was being built on Second Street in Seal Beach on Jan. 5, 2018.

The latest: A pre-trial hearing on an unspecified issue is scheduled to be held Aug. 17 in the case of a former Seal Beach youth sports coach who has been accused of abusing two children, according to the Orange County Superior Court website. The last hearing on the case was held June 29.

Durzo has been charged with 20 counts involving two victims, identified in court records as John Doe and John Doe 2. According to the complaint filed with the Orange County Superior Court, 18 counts stem from incidents that allegedly occurred between May 1, 2005 and Oct. 3, 2006, involving John Doe.

The complaint also accused Durzo of two more counts of lewd conduct stemming from incidents that allegedly occurred between Jan. 13, 2003 and Jan. 12, 2005, involving John Doe 2, a child of 14 and 15 years of age. ”

In June 2014, Durzo was released on $250,000 bail. Electronic monitoring was not a condition of his release.

A pre-trial hearing on an unspecified is sechdueld for June 11, in the case of a Torrance man accused of misdemeanor sexual battery on a woman at a Seal Beach gas station in July 2017. Adel Rezkallaa, 45, of Torrance, recently pled not guilty to charges of battery and touching an intimate part of another person.

A preliminary hearing has not yet been scheduled.

The Orange County District Attorney’s Office filed the court case in September. Now prosecutors are asking the public for information about anyone else who might have been victimized.

On Tuesday, July 25 of this year, a woman contacted the Seal Beach Police Department and reported that a gas station employee had touched her in an inappropriate and sexual manner. The victim had reportedly gone to the Unocal 76 gas station, at 13980 Seal Beach Blvd., to buy gas for her car.

According to prosecutors, the victim, a 29-year-old woman, went to the gas station and bought lottery tickets from the cashier, who has been identified as Rezkallaa.