Based on council member comments during a recent budget workshop, the future of the community pool project is unclear, though staff is apparently committed to a public outreach effort before making recommendations to the council. Public Works Director Steve Myrter said another feasibility study is needed for the current swimming pool. (The last McGaugh Elementary Pool feasibility study was dated September 2008.) Staff is also committed to public outreach on a possible restaurant at the end of the pier.

On May 25, staff and the council held a budget workshop on the city’s proposed improvement projects for the next five years. (Details of the June 2 virtual town hall were not available by editorial deadline. The Sun will report on that meeting in the June 10 issue.) The council also discussed the online budget survey (still in progress) and the five-year budget forecast. (The Finance Department Director said a financial forecast will change within 24 hours of presentation.)

Finance Director Kelly Telford told the council that the pier restrooms and the pier abutment were in the 2021-22 budget. Some projects recently discussed during the March strategic planning workshop were not—including the long-proposed swimming pool replacement/renovation, the possible Lifeguard headquarters replacement/renovation, and the tennis center. According to Telford, staff would bring those projects back to the council when the scope of the projects and the costs can be determined.

Public Works Director Myrter said one of the biggest challenges the city is facing this year is that construction costs are spiraling. He described the costs as “volatile” and expected them to be that way for the next six months.

Turning to the five-year improvement program, Myrter started with the city’s water and sewer projects.

“I’m focusing on the well facilities first,” he said. Myrter said he was doing that so Seal Beach will be less dependent on imported water. (Last month, Gov. Gavin Newsom declared a drought emergency in 41 California Counties.)

Myrter said staff would use part of the money budgeted for the Tennis Center to pay for a preliminary evaluation of the locker room, restrooms, and clubhouse. The money would be used to determine the design and scope of the project.

Telford said the city would need to build a structure. She said it was common for a city to build the structure and the tenant would pay for improvements.

“We would pay a significant portion before a tenant would come in,” Telford said.

“The council could absolutely re-prioritize these projects,” Telford said.

However, she said some projects have begun and have a contract.

Some council members were concerned about the pool project.

“In terms of the pool project, if  I had my way, knowing what I know now, I would take the pool off the list,” Massa-Lavitt said.

She said there was no way the city could fund it and it would be difficult to maintain the pool through the years.

Myrter said the city needs to do a new feasibility to see if the current facility can be used. He didn’t identify the pool at McGaugh Elementary by name, but that is the current community pool site.

District One Councilman/Mayor Joe Kalmick said before talking about the pool and designs, the city needed to find out about the viability of the pool. He said if Los Alamitos Unified was not “amenable” to the project, there was no point in discussing it.

City officials, are expected to reach out to the school district in the near future about the McGaugh Pool.

Kalmick said that was key. “Do we have a place to put a pool.”

Another project on the council discussed was the possible remodel or replacement of Lifeguard Headquarters.

(For details, see “Seal Beach staff to re-evaluate options for Lifeguard Headquarters building” at sunnews.org.) Kalmick said the assessment of the headquarters needs to come as soon as possible.

One hundred forty-four people had participated in the city’s online budget survey as of May 9, according to Telford.

(No one mentioned that the city’s population has been put at around 25,000.)

The survey ranked maintaining beaches and parks at the top of the participants’ priorities. As for city services, police services were ranked first as the most important to participants.

Telford described the newest five-year forecast model as a tool that the city can use on an ongoing basis.

However, she told the council that it was important to remember that a forecast is a picture of a specific moment in time.

According to Telford, you can have two forecasts by two different people, using the same starting numbers, and get different outcomes.

“These numbers have already changed.”

As of that night, the slide showed a projected deficit of $497,900. (Readers should note that during the previous budget workshop, the Finance Department had projected a surplus of almost $250,000. That number has been rounded up.)

“These are good numbers,” Telford said.

“I’m not worried about a half-a-million dollar surplus or deficit,” Telford said.

District Two Councilman Thomas Moore said he had been an advocate of a five-year forecast. He said it was useful to the city council to see the impact of spending a large amount of money and how that would impact future years.

Kalmick praised the transparency of the presentation.

“As overwhelming as it is, it’s easy to understand,” he said. 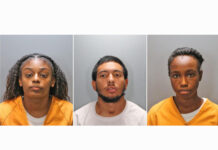 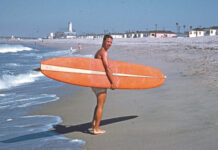 Lifeguard publishes book about the job