The Crime Log has changed. I know many readers have been unhappy about the change. We’ve received one Letter to the Editor protesting the change, a reader came to the office to complain, and one of the guys at the coffee shop commented on the change.

The other day I was in the supermarket and a man asked me why the Crime Log had changed. No one I know of is happy with the new format.

Here’s what Seal Beach Police Sgt. Michael Henderson, the department’s public information officer, had to say about the change: “The press log was a time consuming process for the minimal staff at the Seal Beach Police Department. In the past few years, the Police Department has been able to purchase software tools to make that process digital, as opposed to using the black markers.  However, the time spent redacting and reviewing the sensitive and private information in the logs, was essentially the same. Because the crime log was a duty we performed as a courtesy, it was often behind schedule as other duties took precedence. In November of 2017, the cities of Seal Beach, Cypress, and Los Alamitos through the coordination of West Cities Communications began using our new Records Management System. This system has filters to allow for ease of use. Calls that would have been included in the past are now filtered out if they do not meet criteria for review. For example: If any of our calls for service involve a Jane Doe and/or John Doe for victimization purposes, we would not include them in the log. Hence, any case involving an alleged sex crime, (i.e. a “Child Molestation” or sexual assault) would not be entered, as to protect the victim and preserve any outstanding evidence. We appreciate the desire for the public’s interest and work hard to be transparent. But in this case, we must prioritize our work effort and make best use of the technology we have available.”

Perhaps. The old version of the log ran from 40 to 100 pages a week. If memory serves, the largest log I’ve seen since November was 12 pages. That obviously requires less time for the police to prepare the document—the difference between 100 pages and 12 is huge.

Yet I can’t help thinking the Seal Beach Police and the public alike lost something of value in this pursuit of efficiency. The old log gave the public a glimpse of police work and their community, both the silly and the serious. The information void invites speculation and rumor. Right now, you’ll get more “information” about crime from social media. And social media is questionably accurate.

If I call the police to check gossip, online or real world, an officer will have to run down that information—even it the time spent wastes both the officer’s time and mine. That benefits no one. To their credit, SBPD does respond to every specific request we make for information.

The old log had everything: patrol officer and desk officer encounters with citizens, fights verbal and physical, traffic stops, false alarms, calls to 911, and of course, arrests. The old log made it clear, time and time again, that property was often stolen from unlocked cars—which only contributes to the local crime problem. (I’ll never forget, or forgive, the flawed individual who left a firearm in an unlocked car. Two hours later, the car was still there—the gun was gone.) Calls to the police about coyotes recorded the date and time the police were called. Long Beach Animal Care Services doesn’t have the means to track the actual times the coyotes were sighted—which seems to me a very important piece of data.

If readers miss the transparancy, they must demand it. We can only report the information given to us and, lately, it’s been a bit lacking. (For example, sometimes the new log reports that someone has been arrested on the basis of a warrant without including the specific offense named on the warrant.) If you have a suggestion for keeping the new efficiency while restoring the old transparency, email City Hall. Or email me and I’ll forward your suggestions.
Charles M. Kelly is the associate editor of the Sun News. His email is editor2@sunnews.org. 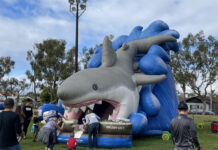 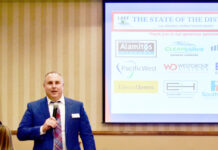