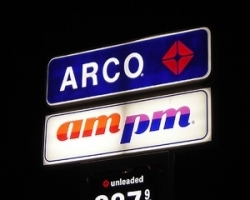 Decontamination work continues as expected at the former site of a Seal Beach ARCO station, according to according to City Engineer Michael Ho.

A community meeting will be held to update area residents on the decontamination project at 7 p.m., Thursday, March 15, in the City Council Chambers.

He said excavation at the site was finished and the county was waiting for a report on excavation and soil sample test results.

The soil in the area near 490 Pacific Coast Highway has been contaminated as a result of at least two leaks since the 1980s.

In mid-2009, it became public knowledge that the soil in the Bridgeport neighborhood near the gas station had been contaminated with gasoline vapors.

Four homes were evacuated in December 2009 as a result.

The ARCO gas station that once stood at 490 PCH was demolished to make way for digging up and hauling away contaminated soil and groundwater. The gas station was until that time one of the city’s top 25 sales tax revenue generators.

Recently, Martinez told the Sun that most of the contamination had been removed down to 15 feet.

Larry Honeybourne, program manager for environmental health at the Orange County Health Care Agency, said ARCO’s consultant would send the county a report on the decontamination work in mid-March of this year.

ARCO has agreed to reimburse the city of Seal Beach for all costs related to the decontamination project.