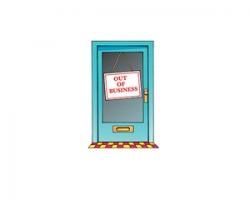 More than 400 Seal Beach residents apparently don’t know their bank does not exist anymore. They need to bring their identification to the US Bank at 13900-A Seal Beach Blvd.

The Federal Deposit Insurance Corporation closed Home Savings on Feb. 24. Any checks written against a home savings account will be returned with the message “bank closure” on them, according to Laurie Sippel, bank manager for the US Bank located near Leisure World.

“There’s over 400 people that don’t have their money,” Sippel said. She said a lot of them were seniors on fixed incomes.

Sippel’s branch is receiving all federal direct deposits for Seal Beach Home Savings account holders. Sippel said her bank branch has 90 to 100 pages of names and Social Security Numbers of former Home Savings customers—and no way to reach them about their accounts.

There are other US Banks in Seal Beach, but only Sippel’s branch on Seal Beach Boulevard is handling former Home Savings direct deposits.

Sippel said all Home Savings accounts were closed and all account holders were sent checks. However, Sippel was concerned that some Seal Beach residents might mistake the FDIC checks for some sort of scam.

She was also concerned because the account holders may be paying bills against accounts that no longer exist.

US Bank has not taken over the Home Savings accounts. There was no merger.

“We are only facilitating (federal) direct deposit,” Sippel said.

To set up direct deposit, customers will need to provide their routing number. So they will need to bring their checkbooks.

Sippel’s bank will then help the customers make the arrangements they need. She said they don’t have to have an account with US Bank.

She said the former Home Savings customers can get cash, a check or open an account.

Sippel said if customers were getting direct deposits from sources other than the federal government, they will need to go to those sources to make those arrangements.

She said if their old accounts automatically paid their bills, the customers would need to change their auto payments too.

Sippel said when the FDIC sent out checks to Home Savings customers, the agency also sent out a letter advising account holders to present the letter to their creditors.

“Bank closures are so tough,” she said.