For fans of live theater, or murder mysteries, a classic is running for two more weekends at the Long Beach Playhouse. Agatha Christie’s Murder on the Orient Express takes the stage today through Sunday and again on Feb. 11 and 12 for its closing weekend.

The story of murder on the luxury train while it its stopped by a snowdrift, was originally a novel by Agatha Christie that was published in 1934. While stopped, an American tycoon is stabbed and killed in his cabin, with the door locked from the inside. Detective Hercule Poirot, also on board must identify the killer before he or she strikes again.

Part of the idea for the story reportedly came to Christie during the media coverage of the Lindbergh baby kidnapping of the time. At the time of the book’s publishing, the mystery of who murdered Charles Lindbergh Jr. had yet to be solved and the tale of murder and extortion intrigued Christie, according to agathachristie.com.

The Long Beach Playhouse brings their adaptation (adapted by Ken Ludwig) to the local stage, with a cast of veterans filling the roles. The classic tales continues to draw audiences to stages around the world and to theaters and TV screens for several features.

The first film version was the 1974 award-winning film starring Albert Finney and Poirot. The movie also starred Sean Connery, Lauren Bacall and Ingrid Bergman, who won an Academy Award for her portrayal of Greta Ohlsson.

A more recent film adaptation came in 2017, directed by Kenneth Branagh, who also played the role of Poirot. Other actors included Johnny Depp, Willem Dafoe, Michelle Pfeiffer and Judi Dench. The story was even adapted as a computer game and graphic comic.

It was said that Christie long admired the luxury train, the Orient Express, finally getting a chance to travel on the express in 1928. During the trip, she reportedly painstakingly noted details on the train, such as the position of door handles, that would later become key details in the mystery.

by Agatha Christie, adapted for the stage by Ken Ludwig 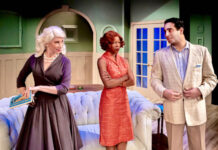 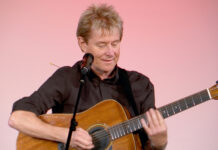