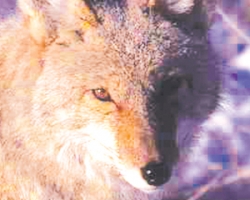 The city is sending out notices warning Seal Beach residents of increased coyote activity. Many residents are already aware of the coyotes: social media reports have put them in the Old Town area and at least one has been seen near Main Street in recent weeks.

In related news, the spokesman for the Naval Weapons Station said the coyote population on the base has decreased.

Coyotes along the coast

Assistant City Manager Patrick Gallegos said he had spoken with representatives of cities along the coast and most of them have been dealing with coyotes.

In Seal Beach, Gallegos said the brush on the former DWP property (which is owned by the Bay City Partners) had been cut. According to Gallegos, the removal of the brush eliminates cover for both the coyotes and the animals that coyotes prey upon.

Last week, he said he saw coyote tracks near the fence line. He said there were approximately five openings. Gallegos said those openings had been fixed.

City officials are currently encouraging people to report coyote sightings to Animal Care Services, which provides Seal Beach with its animal control service. Gallegos said addressing the problem would take a team effort of city officials, residents and other agencies. “I know it’s feasible because we were successful last time,” he said.

The coyote issue flared up locally several years ago, leading the City Council to unanimously adopt a Coyote Management Plan in 2015. The plan emphasizes educating the public on how to avoid attracting coyotes and on hazing, which is supposed to re-instill a fear of humans in coyotes.

This week, Gallegos said the plan looks at the degree of interaction between humans and coyotes. The plan allows for the “lethal removal” a coyote if there is a documented attack on a human being (after an investigation), after multiple deaths of domestic animals or if a coyote stalks a person or a pet. The city had a four-week coyote trapping program in 2014 that ran its course. The program was controversial, both for killing coyotes and for the method of euthanasia used, and led to protests and complaints by activists from the Humane Society and other groups.

“Coyotes are difficult to deal with,” Gallegos said. “They adapt.”

He said the best thing to do is let Seal Beach residents know they are here. They are also on the Navy base.
At Naval Weapons Station

“Coyote safety is an issue that we take very seriously, as we have a population of over 100 military families living here onboard the base, as well as families visiting our RV park,” said Gregg Smith, public affairs officer for the Naval Weapons station. “I think that some residents see a coyote and automatically assume it came from the weapons station,” Smith said. He said coyotes live in open spaces throughout Seal Beach, including the DWP property, the Hallman Ranch, Gum Grove Park, Sunset Aquatic Marina, local parks, golf courses and freeway interchanges.

“Coyotes living on the base are only a small percentage of the overall local coyote population,” Smith said.

“We have not seen an increase in recent coyote sightings,” he said. “Both the Navy and Fish and Wildlife Service have biologists and other personnel who routinely monitor our wildlife population here, including coyotes. Historically, our coyote population numbers between 10-15 throughout the base. Currently, coyote numbers are estimated to be in the neighborhood of 7-10. So our numbers are actually down somewhat.”

He said the base has taken steps to minimize coyote interactions with the community. “These steps include an education program for base personnel and Navy family housing residents instructing them to avoid feeding the coyotes and to haze them wherever possible. We have also eliminated coyote habitat areas near our fence lines, and have hardened fence lines in places where we have had reports of coyote crossings. These efforts appear to have been successful, as we have not had any reports of coyotes crossing from the base into the community for several years,” Smith said.
According to Smith, the Navy never imported coyotes onto the base. “The non-native red foxes were trapped out of the area because they were eating endangered species that we are required to protect,” Smith said. “We were required by court order to have coyotes on the base to ensure that the foxes did not repopulate. However, coyotes were already native to the area and established themselves without anyone’s help.”

According to Smith, the base does monthly night surveys to keep track of the mammals living on the base, but the last coyote survey was done by Cal State Long Beach “a couple of years ago.”

Smith said the public may contact him at 562-626-7215 or at nwssbpao@navy.mil to report any coyotes coming to or from the base.