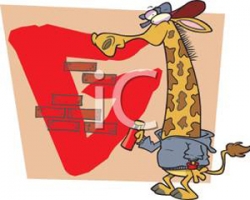 He described the crime as “egregious.”

The vandal or vandals spraypainted  references to the year 2011 and to marijuana “pretty much  throughout the school,” McAlpine said.

The vandals spray painted walls and lockers as well as several bungalows on school grounds.

“Whoever did this, they spent a good amount of time,” McAlpine said.

He did not have a monetary figure for the damage done. He said police were waiting for a damage assesment from the school.

“A lot of it has already been cleaned up,” McAlpine said.

Police do not have any suspects at this time.