Camp, who has 40 Number 1 Singles & won Best Vocalist and Songwriter of the Year Awards, is the subject of a major Lionsgate Motion Picture being filmed, “I Still Believe,” based on his life.

Gokey, an American Idol finalist, who became a Country Music sensation, selling 65,000 copies of his album, “My Best Days,” in its first week of release, switched to Christian Music where his song, “Hope in Front of Me” debuted as Number One on Billboard’s Christian Albums Chart.

Others to perform are TYE (The Young Escape) made up of four siblings; their Capitol debut single, “Good Life,” was Number One on the Billboard Charts, and Anchored 247, which performs every Sunday at Calvary Chapel of the Harbour, organizers of the Labour of Love, which will have an Air Force Flyover, free rides & games, a Petting Zoo & bounce houses as well as vendors.

“This year’s Music Fest is going to be the best ever,” predicted Assistant Pastor & Seal Beach resident Chad Harris, the event’s emcee. “What I love about it is it’s family, it’s fun, it’s for everyone!”

“It’s amazing to see the incredible growth of this concert–from the crowds (20,000) to the number of volunteers (over 400), the number of churches helping (more than 30), the vendors (over 50)–it’s becoming one of the biggest, most popular events in Southern California and its free!” said Senior Pastor Joe Pedick of Calvary Chapel of the Harbour.

For more information, including how to take a free shuttle to the event, which attracted 20,000 last year, visit: labouroflovemusicfest.com. 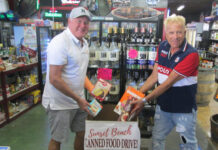 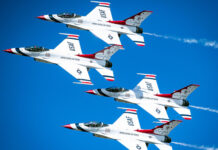