Among the City of Seal Beach’s Veteran’s Day ceremony were the words. There was music and flags and the pledge of allegiance. But the reason for the holiday itself, was in honoring those who have served our country in uniform.

And the ceremony itself was highlighted by the words of two veterans who had served our country. Their words illustrated what it was like from their perspective. And their words told the tale of the sacrifices and lessons they learned once they put on the uniform.

For them, life took on a new perspective and their missions became something only they and their fellow veterans could truly understand.

Riley Whaling, a Long Beach firefighter, pastor of his church and Marine Corps veterans shared his experiences in the service. And while he served in Iraq, his message came more from his time if Officer’s Candidate School. That was where he found himself, even if he didn’t relize it at the time.

He told of the 10 grueling weeks of training, which simply equated to 10 weeks of drilling. Led by a group of sergeants, which he admitted he hated at the time.

“I hated those men, I absolutely hated them, if I could have gotten away with murder, I think I would have done it,” Whaling said.

However, once the training was over Whaling came to realize that what they had put them through was for their own good. He realized that later. After his training in Quantico Virgina, was done.

“[Quantico] is the worst place in the world and the Marine Corps chose it for just that reason,” Whaling said.

Late in the training, he told the story of getting inspected. With the last name, Whaling, he was always near the end of the line for inspection. After standing for three-plus hours, his turn came with Gunnery Sergeant Travis Perkins. Perkins had sized him up early, as a rich kid from Orange County. He told Whaling that he looked the like the kind of guy who would graduate OCS and never take his commission.

“You’re probably just here for the t-shirt, aren’t you?” Perkins said to him.

It inflamed the hatred Whaling felt for Perkins at the time. Yet, after graduation and moving on, Whaling began to realize that there was some truth in what Perkins told him. It was one of the hard truths Whaling said he was forced to confront in his service. And those truths changed his life.

From that point he was determined to make his Marine Corps career about other Marines and his country. Later in life, he continued to try and make his life about others.

“I didn’t want [what he said] to be true about me anymore,” Whaling said.

Whaling encouraged anyone who is confronted with hard truths about themselves in any part of life, to not just let them become a memory from their past, but to face it and work to use it to help yourself and those in your life.

Whaling also made special mention of thanks to Veterans of the Vietnam Era. Their struggles in coming home from war, led to changes for those who followed.

“The benefits and services that me and my brothers enjoy today are large in part to what your efforts did, in trying to recover from you coming home, so thank you for what you did for me and thank you for your service to our country,” Whaling said.

The other veteran speaker was former congressman and Vietnam Veteran Steve Kuykendall. Kuykendall spoke of the fact that the percentage of American’s who serve, is about 7 percent of the overall population. He also noted that even among those in the age range to serve, the amount who qualify is roughly 10 percent.

And those who serve today are volunteers. They go into service voluntarily. He said that because of their experience, Vietnam Era Veterans have taken up the cause of making sure all veterans are treated with the respect they deserve.

“Among ourselves we’ve taken that as a kind of mission of ours, to make sure the public understands, boy if they put on the cloth of this nation, you better stand up and salute them because they’re volunteering to go into harm’s way, whether they have to or not, that’s somebody else’s call, not theirs,” Kuykendall said. 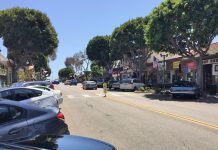 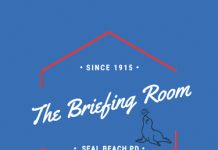 Briefing Room: About U-turns on Main and Electric 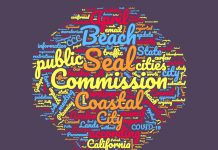