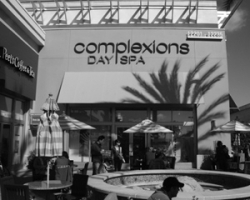 Business appears to be growing north and south of the 405 Freeway.

The Shops at Rossmoor (in Seal Beach) has new owners and new businesses will be coming in.

Director of Development Services Mark Persico said the Shops at Rossmoor now belong to a company called AEW. He said the sale was finalized in late December.

According to the press relase, Century National Properties sold the retail center on Dec. 20. AEW hired CBRE, Inc as the property management company for the center.

The change in ownwership isn’t the only change taking place at the retail center.

An In N Out Burger restaurant is scheduled to open in February in the shopping center. Stats has lost its lease and three businesses will take over the space.

A Toys R Us store will fill the empty space where the Albertson’s supermarket used to be. Seal Beach Director of Development Services Persico said the toy store project plan was being checked by city staff.

A recent press release issued by the Shops at Rossmoor said the combined Toys R Us/Babies R Us store is scheduled to open in the fall.

In the same shopping center, a Rite Aid store will replace the spaces once occupied by the gas station and KFC.

Further down the road, a Denny’s restaurant is being built at the former site of the Primrose restaurant on Westminster Avenue, near the Seal Beach Boulevard intersection.

In the Old Town area, a Mac Fusion store and other businesses are moving into or have moved into empty spaces on Main Street.

All this change takes place during a time when people still talk about the Great Recession.

“There’s not a recession in Seal Beach,“ Persico said.

Persico attributed the new economic activity, particularly around the Shops at Rossmoor, to 10 years of city planning.

“What I think you’re seeing is that Seal Beach is a very good place to do business,” Persico said.

Rossmoor area residents, who live within walking distance of the Seal Beach Boulevard retail center, have been speculating on the activity going on there.

Recently, Kristine Smith of the Shops at Rossmoor said the center was making parking lot improvements.

In Mid-December, the Sun asked about reports that Stats had lost its lease.

“We cannot comment on the status of an existing tenant’s lease but when we are able to make any formal announcements we will do so,” Smith said.

Recently, Stats staff posted signs in the windows of the store that said, “We’ve lost our lease.”

Persico said the city did not yet know what was going into the third retail space.