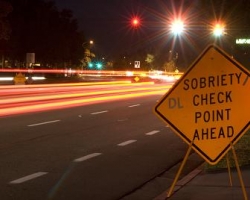 Super Bowl Sunday is one of America’s biggest and most entertaining national sporting events as friends and families gather to socialize and watch the big game. Yet, it has also become one of the Nation’s most dangerous days on the roadways due to impaired driving. That’s why the Avoid the 38 Orange County DUI Campaign is joining forces with the California Office of Traffic Safety and the National Highway Traffic Safety Administration to conduct countywide DUI roving patrols on Feb. 7.

On Super Bowl Sunday 2009, 11 people died in California due to alcohol-involved collisions.  This is three times the daily average.  There were another 163 injured, which was over twice the daily average. In 2008 and 2009, more people were killed on Super Bowl Sunday due to alcohol-involved collisions than any other day during the year.

“We want to pass our safety message to everyone who will be drinking this weekend” said Sgt. J. Brittain of the Orange County Sheriff’s Department’s Traffic Bureau. “Please make the right decision and pass your keys to a designated driver before the Super Bowl party begins. Getting caught driving while impaired will result in costly penalties including the loss of your driving privileges.”

Impaired driving crashes-and fatalities-can be prevented. Designating a sober driver should be on the top of everyone’s Super Bowl party list.  Here are some ways you can help save lives, too.

If you are hosting or attending a Super Bowl party:

Serve lots of food-and include lots of non-alcoholic beverages at the party.

Stop serving alcohol at the end of the third quarter of the game and begin serving coffee and dessert.

Keep the numbers for local cab companies handy, and take the keys away from anyone who is thinking of driving while impaired.

Remember, you can be held liable if someone you served alcohol to ends up in an impaired driving crash.

If you don’t have a designated driver, ask a sober friend for a ride home; call a cab, friend, or family member to come get you; or stay where you are and sleep it off until you are sober.

Never let a friend leave your sight if you think they are about to drive while impaired.

Funding for this program is provided by a grant from the California Office of Traffic Safety, through the National Highway Traffic Safety Administration.

For this surfer, life’s been one heck of a ride 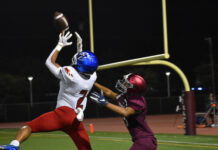 Griffins roll past Paramount, improve to 3-0 on season