An employee of Los Alamitos’ Casa Youth Shelter was sentenced to four years in state prison Friday, Jan. 22, for embezzling more than $435,000 from the charity.

According to the Orange County District Attorney’s office, Lydia Kathleen Fitzgerald, 48, spent the stolen funds on luxury items such as a boat.

Fitzgerald has also been ordered to pay more than $390,000 in restitution to the shelter and $93,000 (with 10 percent interest) to the California Franchise Tax Board.

The shelter’s civil suit against Fitzgerald is still working its way through the court system.

During the victim impact statement portion of the sentencing hearing, former shelter board member Stephen Ellis said the crime had both a financial and emotional impact on the shelter.

Ellis, an attorney, is representing the shelter in its civil suit  against Fitzgerald.

Ellis told the court that the at-risk-youth  who use the shelter felt betrayed by Fitzgerald’s crime. He said they already have issues with trust.

According to the shelter’s Web site, Casa Youth Shelter provides temporary shelter for runaways and young people in crisis.

Ellis said that in addition to the money taken by the embezzlement, news of Fitzgerald’s crime had caused a drop in donations.

Lucianne Mulhardt, executive director of the shelter, told the Sun Newspapers that Ellis’ remarks referred to the first year after the embezzlement became known.

Mulhardt said justice had been done and that the shelter’s nightmare was over.

“Today starts a new day at the shelter,” she said.

Mulhardt said no one had been denied service as a result of Fitzgerald’s crime. She said the kids at the shelter were a daily reminder to everyone of what was important.

She also praised the board for their support.

Mulhardt said the shelter now has strict internal guidelines in place to prevent embezzlement. For example, the shelter’s bank statements now go straight to an accountant and must be signed off by three different people.

She said non-profits need to learn business is done to prevent similar crimes. She also said it seemed to her that there were more cases of theft from non-profits than there used to be.

According to a statement issued by the Orange County District Attorney’s Office, Fitzgerald embezzled more than $435,000 from Casa Youth Shelter between April 2004 and November 2007.

“While employed as an executive assistant, Fitzgerald forged numerous checks to herself and charged personal expenses for herself and her family on a company credit card,” the statement said.

According to prosecutors, she also opened a line of credit in the shelter’s name and transferred the money into the payroll account.

“The defendant failed to report or pay taxes on the income from the stolen money,” the DA’s statement said.

“Fitzgerald also put $45,000 in stolen money back into the shelter’s accounts to attempt to hide her theft,” the statement said.

According to prosecutors, Fitzgerald used the stolen money to remodel her home, take vacations, buy food, clothes, a car and a boat.

The 12-bed shelter for homeless teenagers has a modest home environment and is open 24/7 for any teenager in need.

More than 10,000 children have stayed in the shelter since 1969. A professional staff provides one-on-one and group counseling, and also offers parent/guardian services to aid family reunification.

The shelter sponsors outreach programs in local area schools and businesses where classes are taught in crisis prevention and intervention, anger management, drug abuse, parenting skills and other relevant topics. 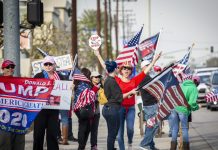 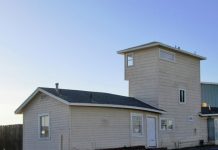