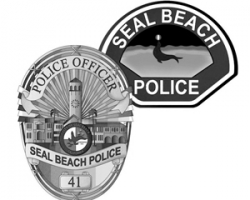 Serious crimes, not including drug crimes, increased 5 percent in Seal Beach last year. Rape was down 75 percent. (There was one rape investigated in Seal Beach in 2011. There were four rapes in 2010.) Assaults were up 32 percent in 2011.

Percentages, however, don’t always give an accurate picture of local crime.

When you look at crime statistics, it is a good idea to remember that the figures refer only to those crimes reported to or discovered by the police.  According to the 2005 National Crime Victimization Survey, as many as 60 percent of rapes go unreported in the United States each year.

It is also a good idea to remember that crime statistics only reflect crime reports that the police classify as legitimate.

Also, remember that crime statistics don’t distinguish between unsolved and solved crimes. For example, the suspect in 2011’s eight murders was captured within 5 and one half minutes of the first call to 911.

Now for a closer look at the numbers.

Larceny statistics will be treated separately from the other crime numbers because there are so many subcategories.

Of the 31 specific crimes that make up that 5 percent increase, eight were the lives lost during the Salon Meritage shootings of October 2011. In other words, one incident skewed the crime data for the entire year.

There were eight robberies in 2011 as opposed to six in 2010. The two-incident increase represents a 33 percent increase in theft by threat or application of force.

The figures did not distinguish between residential and business burglaries.

Then there are the figures for larceny. There was good news in the larceny category,  especially for retailers.

Pickpockets struck twice in 2011, the same number of times they struck in Seal Beach in 2010. That’s a zero percent change, folks.

There were zero purse snatchings in Seal Beach last year, a 100 percent decrease from the three incidents in 2010.

Car owners weren’t so lucky. Unfortunately, 15 parts of motor vehicles were stolen last year. Only one vehicle part was reported stolen in 2010. In the great scheme of things, 15 stolen car parts is not exactly a disaster in a community of nearly 25,000 people.

However, the change technically represents a 1,400 percent increase.

Seventy-three bikes were reported stolen in 2011, a 59 percent increase from the 46 reported taken in 2010.

Bees—9:24 a.m.—Avalon Drive—The caller reported a large swarm of  bees on the ground by a trash can at the far end of the park. Referred to Public Works.

Panhandlers—11:43 a.m.—Seal Beach Boulevard—The caller said a man and a woman were panhandling and being very aggressive.

Police unit 106 contacted them and interviewed them in the field.

They were warned to discontinue their behavior and left the location.

Suspicious Property—9:24 a.m.—7th Street and Ocean Avenue—The caller noticed a green suitcase on the southwest corner while out for a walk.

The property was returned to its owner.

He said she would win a car and money if she gave him money. Report taken.

The caller was concerned because of car burglaries.

Police unit 207 contacted the two men. It turned out they worked in the area. No further police services were necessary.

Petty Theft—12:39 p.m.—Electric Avenue and Main Street—The caller saw someone steal a bike from the house on the corner. The suspect was described as white or Hispanic, with a heavy build, wearing a gray sweatshirt, jeans and a blue backpack. The bike was a beach cruiser that was apparently taken from a garage. Report taken.

Counseling—2:11 p.m.—Apollo Court—The caller requested an incident report about a customer who harassed  one of the representatives of the business on Tuesday, Feb. 14. Counseled.

Suspicious Person—2:28 p.m.—Electric Avenue—The caller said a man apparently tried to walk into various business offices and was in the common area of the building.

Disturbance—5:34 p.m.—Pacific Coast Highway—The caller said a customer threw a phone at the caller. The incident was apparently a verbal dispute over a pre-paid cell phone. The caller was advised to call the police if the customer returned.

Patrol Check—7:45 p.m.—Pansy Circle—The caller’s door bell had been rung three times in the last three minutes. The caller looked outside and no one was there.

Trespassing—9:12 a.m.—Seal Beach Boulevard—One or more individuals had returned to the location after being warned against coming back by a Seal Beach Police officer. The individuals were solicitors seeking signatures. All parties were counseled about civil issues. The caller was advised to contact the police if the solicitors’ actions generated complaints from customers.

Extra Patrol Check Requested—5:10 p.m.—First Street—The caller had received reports that a transient was sleeping under the stage the night before. The caller found cardboard under the stage that day and asked for police to check the location at night.

Suspicious  Circumstances—10:51 p.m.—Seal Beach Boulevard—The caller saw a man using a device that resembled a “slim jim” to try to get into a car. Police unit 206 determined that the car’s registered owner, who was present, had locked the keys inside the vehicle.

Keep the Peace—12:12 p.m.—Golden Rain Road, Mutual Unknown—The caller asked for the police to be present while Leisure World Security asked a resident for his guest’s identification.

Police unit 106 contacted the individual in question and determined no further police services were necessary.

They told the caller they were waiting for the bus, but they never got on it when it came. They were gone by the time police unit M6 arrived. They apparently left on the bus. There is a public bus stop outside the Leisure World main entrance that serves as a transfer point for various Orange County bus lines.

911 Hang-Up—10:18 a.m.—Del Monte Drive, Mutual Unknown—The call was cancelled before a unit was dispatched when it was determined the caller had accidentally dialed 911 while programming the phone.

Suspicious Person or Circumstances—10:07 a.m.— Tigertail Drive—The caller said a man walked by the caller’s home three times and was looking in the window of a neighbor’s car. The suspect was described as Asian, 50 years old, 5 feet 11 inches, wearing a green and dirty beanie, a dark blue jacket and gray sweatpants.

Illegal Peddling—11:27 a.m.—Harrisburg Road—Two men became verbally abusive when the caller refused to do business with them.

Suspicious Person in Vehicle—12:35 p.m.—Cortese Drive—Three men came to the caller’s door and offered to fix a dent in her vehicle. They said they would follow her to the bank for their payment. The caller’s gardener showed up and they left. The caller said they left in a black Ford truck. The caller did not know the license plate number.

Kempton Drive—Illegal Peddling—1:49 p.m.—An arrest was made as a result of this call.

Narcotic Violation—2:53 p.m.—Kempton Drive—An arrest was made as a result of this call. The suspect was released on his own recognizance on Wednesday, Feb. 22. No court appearance date was listed at the Orange County Sheriff’s Department website.

Burglary Report—5:02 p.m.—Silver Fox Road—The log did not say if this was a residential or automobile burglary.

Suspicious Person or Circumstances—10:41 a.m.—Ballantine Drive and Kempton Drive—The caller said a man and woman were going door to door and appeared suspicious to the caller.

Suspicious Person or Circumstances—8:16 p.m.—Tigertail Drive—The caller said a man carrying a motorcycle helmet knocked on their door at about 4 p.m. and asked if they needed any work. He was gone now.