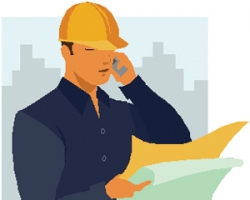 A Seal Beach company will develop a parcel of land in the city of Paramount. The project will create 17 homes, three of which will be designated as affordable for Paramount residents.

According to a staff report presented to the Tuesday, Nov. 2 Paramount City Council meeting, the Olson Company of Seal Beach will build 17 single family homes on Paramount’s Orange Avenue.

“The 1.59 acre site, which is currently vacant and owned by the Paramount Redevelopment Agency, is the former location of 13 blighted residential units,” according to Paramount city employees Joe Perez and John Carver.

To advance the project, the Paramount City Council changed the Zoning Code for that part of the community last week.

It is not known when work will begin on the project.

“The development is designed with five different elevations, affording a great deal of architectural variety,” Perez and Carver wrote.

According to the Olson Company Web site, the company has been in business since 1988. Olson Company corporate headquarters is located at Old Ranch Parkway in Seal Beach. Paramount is located north of Long Beach in the county of Los Angeles. The city has a population of 47,669 as of the 1990 U.S. Census.