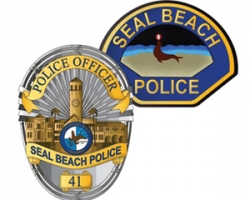 The Seal Beach City Council approved a three-year collective bargaining agreement with its police associations at the Monday, Nov. 8 council meeting, according to a press release issued by the city manager’s office. Seal Beach Police officers had been working without a contract since July.

“We bargained for the 2 percent at 50 formula for future hires because we trust our City Manager David Carmany and we think it’s to the betterment of the municipal organization long term,” said Seal Beach Police Sergeant Joe Miller, speaking for the Police Officer Associations.

One implication of this change, from the employee’s perspective, is greater personal responsibility for retirement planning.  No one pension plan should be expected to provide for 100 percent of an individual’s post-retirement replacement income.

City Manager David Carmany said he was concerned that the higher pension formula multipliers that were authorized by state legislation in 1999 (SB400) and thereafter (3 percent at 50, 2.7 percent at 55, etc.) could exceed the level of replacement income recommended by financial planners (75 to 85 percent replacement income) for a full-career public employee and, long-term, were financially unsustainable for the city of Seal Beach.

The “3 percent at age 50” formula multiplier was reviewed and adjusted to ensure long-term fiscal sustainability for the city of Seal Beach.

At a previous council meeting, Carmany explained that a 3 percent at 50 formula would mean an officer could retire at the end of 30 years with 90 percent of his pension.

Under the new 2 percent at 30 formula, an officer would retire with 60 percent of his pension.

This is a solution that works for the city of Seal Beach and its employees; long-term, the city will save money, according to the city manager’s office.

The present CalPERS defined benefit pension system has a long history of successfully serving the interest of employees and serving the needs of most public employers, and participation in this different CalPERS retirement formula clearly is a matter of local control and decision.

To provide for continuity and to reduce costs, retiree compensation will be based on the three highest years of salary rather than a single highest year.

Statewide changes, whether enacted legislatively, through the initiative process, or by Agency rule-making, in the areas of retirement age, early retirement, Employer Paid Member Contribution, Social Security integration, membership of the CalPERS Board of Directors, and definition of retirement-eligible income for calculation purposes is required to further sustain the overall fiscal health of the City’s retirement system.

By implementing the new formula (2 percent at 50), the PERS employer rate will be approximately 13.346 percent of gross pay versus the current employer rate of 20.66 percent. That represents a cost savings to the city of almost $5,100 per employee upon commencement of employment with the city.

“The impact of rising pension costs means that in the future Seal Beach might not be able to provide the same package of municipal services,” Carmany said.

“I think the city needs to be bolstering not lessening the services it provides, especially in these difficult economic times. The police officer unions have stepped forward and agreed to a solution, giving up the ‘3 percent at 50’ formula for future hires.  This will help position the city finances for the long term,” Carmany said.

“We had to ask for that level of concession because of the growth in pension and employee costs. Seal Beach police officers can retire at age 50, and the non-sworn employees can retire at 55,” Carmany said.

“General city employees are provided a defined benefit retirement plan, a retirement age of 55, and city guaranteed retirement benefits for life based on final compensation,” he said.

“Retirement costs have gone up significantly over the past few years. As a result, we have had to quite closely manage the package of services to the city’s residents and businesses year after year.  Sky-rocketing costs are also fueled by generous retirement benefits that are guaranteed.  Long-term, the current system is unsustainable, which is why these changes to the collective bargaining agreements were needed,” he said.