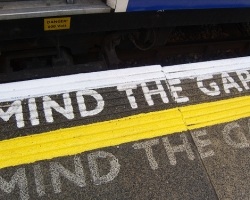 There are gaps in law enforcement service to Rossmoor, according to a report presented to the Rossmoor Community Services District board on Tuesday, May 11.

“First, the Rossmoor unit backs up the Sunset Beach unit,” said the report on public safety issues that was included in the RCSD’s meeting agenda packet.

The Orange County Sheriff’s Department provides a unit 24 hours a day, seven days a week to Rossmoor. There is now another unit assigned to Sunset Beach. At one time, the two communities shared a single unit each shift.

The report said it was difficult to determine how often the Rossmoor unit is out of the area. The report said the Sheriff’s Department believed the unit was out of Rossmoor “no more than 20 percent of the time.”

“Another time without a Rossmoor unit on site is during shift change,” the report said.

Shifts change between 3 and 5 p.m. daily.

During weekdays, the shift changes while children are leaving school and heading home. “Most incidents of unrulliness and mischief occur during these times,” the report said.

The report went on to say that a response to a low priority call make take as long as one hour.

According to the report, the good news is that serious calls—Priority 1 calls—are few. The bad news: “It should be noted that Priority 1 response times, while very few, continue to lag somewhat behind those of Los Alamitos and Seal Beach,” the report said.

This is “most likely” because the Rossmoor unit must back up units in other areas.

Another issue raised by the report is that deputies assigned to Rossmoor don’t develop strong ties to the community.

“Deputies are only assigned to Rossmoor on a three-month basis, therefore resulting in an outcome that is not conducive to establishing a working relationship” with district staff.

“Further, a 3-10 work schedule means that a deputy is only in the community three days a week and an additional eight-hour shift every other week, hardly long enough to establish a sense of community,” the report said.

General Manager Henry Taboada depends on a working relationship with the lieutenant for North Patrol, the report said. The current lieutenant is the fourth in four years.