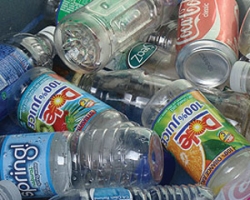 The neighborhood of Rossmoor has often been associated with its majestic array of trees along its quaint streets and plentiful parks.

It is not surprising that over the last decade or so, Rossmoor residents participated in many monthly paper recycling drives, which not only may help save trees, but also raises money that gets plowed back into the community.

• Purchase of equipment and construction of the kitchen at Rush Park

• Support of annual Rossmoor picnics and other community wide projects

However, now that many daily newspapers are shrinking the paper drives are falling shorter on how much paper is collected.

As a result, revenues for community projects have also declined.

The paper drives are held from 8 a.m. to 1 p.m. on the last Saturday of every month (except when it falls on Christmas Day) at the Rush Park at 3021 Blume Dr., in Los Alamitos.

To help increase the funds for the community, the homeowners association is experimenting with expanding the drive to a cans and bottles recycling effort.

“It is part of the overall RHA recycling effort,” said Bill Gekler, who coordinates the paper drive for the association. “We are hoping for a good response and a gradual build up in collections over the next few months.”

Association member Ken Brown is spearheading the cans and bottles collections.“We plan to do this concurrent and co-located with the Paper Drives on the last Saturday of each month,” Brown said. “Our initial effort showed some signs of potential, with limited publicity, due to timing. We plan to continue the effort for several months, and then evaluate to make sure the pluses outweigh the minuses.”

To recycle cans and bottles:

• They should be pre-sorted and caps removed from all bottles.

• Make sure containers are empty

• Place unsorted bottles and cans on the table in front of the paper collections area.

Before the paper recycling slowed down, the association typically they load from 10 to 15 tons in five hours on a given day. That for tired volunteers at the end of the day.

After expenses, the association estimates it has generated more than $100,000 in funds that have been used for the community.

The RHA reminds everyone that curbside collections are not sponsored by RHA and contribute nothing to the RHA’s efforts to maintain the Rossmoor quality of life.  If you wish to contribute to the Paper Drive and cannot make it to Rush Park on the last Saturday of each month, contact Gekler at RHAPaperDrive@aol.com or call the RHA at (562) 799-1401. 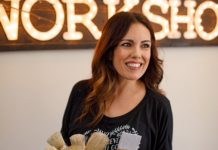 Woman fuses fashion and home décor with a vintage/industrial twist 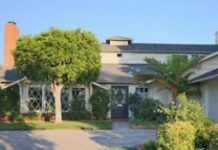 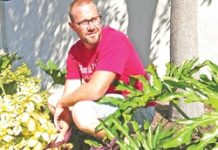