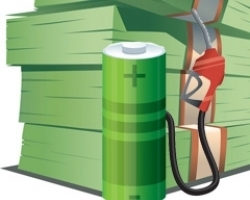 Over the last few years, city staff and elected officials have hailed untapped oil revenue as a potential solution to Seal Beach’s financial problems. “It would be like manna from heaven if we got that money,” District Five Councilwoman Sandra Massa-Lavitt said about new oil revenue during a council meeting last November.

Despite the emphasis on its potential, the search for oil revenue has been marked by fits and starts. But it appears things are starting up again.

After months of negotiations and with a budget process looming, the city has drafted a contract with consultant Greg Kirste of Municipal Petroleum Analysts, according to Finance Director Victoria Beatley. Kirste said he received the contract from City Attorney Craig Steele on April 12 and signed and returned the contract on April 14.

Here’s what the contract proposes, according to Kirste reviewing the document over the phone with a reporter and confirmation on some items from Beatley. Kirste would be tasked with finding new sources of revenue for Seal Beach from the oil industry. The revenue sources could be from past or future fees, taxes, judgements and other payments oil companies and businesses may owe the city.
Kirste would be paid a 15 percent contingency fee on any money the city collects from his findings. Any third party costs to collect the money would be deducted from his portion. For example, if he finds a company owes the city $10,000 and the city spends $1,000 to collect $5,000, Kriste would receive 15 percent of $4,000 once collected.

“I don’t want to pay until the money comes in,” Beatley said in an interview last month. She described the payment arrangement as a “protective mechanism” for the city.

“I’m very excited to begin my work to identify and collect taxes that are owed the city and its residents,” Kirste wrote in a text message after signing the contract. The contract still needs to be approved by City Council but Beatley has not said when it will be put on a council agenda.

Kirste estimated that there is between $13 and $20 million dollars out there for the city to collect from oil companies which includes one-time payments and ongoing revenue sources. That’s a sizable amount for a city with an annual operating budget of around $30 million. Right now, Seal Beach gets about $230,000 annually from oil companies paying pipeline franchise fees, per barrel taxes and for oil production licenses, according to Beatley. Kirste said he is confident in his outlook, but cautioned that a lot more work needs to be done before the money starts rolling in. “There’s a lot of research that still needs to happen,” he said.

Last December a contract with Kirste was slated to go before City Council for approval but it was pulled a few days before the meeting. At the time, Beatley said it was removed because it was still being negotiated. Late last month negotiations had stalled. “We’re sort of at a stalemate right now,” Beatley said in a March 23 interview and added that the city attorney was looking to draft what was exactly right for the city.

District One Councilwoman Ellery Deaton described the negotiations this way in an interview last month: “I’ve talked to our attorney about it and according to him, Greg isn’t signing. According to Greg, he’s willing to sign.”

Kirste admitted there were issues he and the city attorney were working out, including how to apply the contingency fee in situations where a fine against an oil company was waived by the city and questions about potential litigation. But Kirste also characterized negotiations with the city as “sparse” and said he was receiving emails only once a month.

The city had two previous contracts with Kirste and Municipal Petroleum Analysts (MPA) in 2013 and 2014. MPA secured a $216,000 in payment of overdue oil taxes and fees from the oil company BreitBurn. But in 2015, a third contract with Kirste was shelved after it was revealed his sister and sometime MPA partner and fellow city contractor, Diane Ripley, went on a trip to Alaska with City Manager Jill Ingram. Ingram provided receipts to prove she paid her own way for the 2014 trip and an investigation by the Orange County District Attorney’s office determined there was no criminal conduct which could be proven beyond a reasonable doubt in a court of law.

Deaton acknowledged the Alaska trip has created pushback from residents about using Kirste and MPA.

“[Ingram] went on a trip with someone, spent all of her own money and has suffered for it ever since. I don’t think she’ll ever do that again. But nonetheless, that is not a reason not to do the fiduciarily correct thing for our town,” Deaton said.

Beatley recognized that politics has played a role in the issue of oil recovery and the city is mindful of that while it crafts a contract. “That’s why we’re being so careful because it has been very politically charged,” she said.

After listening to feedback from the public at two oil workshops in 2017, the city sought out other consultants. It received proposals from Millennium Consulting and Donald Clarke and William Greene. More recently the city interviewed oil consultant Curtis Henderson, according to Beatley.

But Beatley said the other consultants couldn’t point to new sources of revenue. “We’ve talked to other oil experts and none of them have been able to come up with whatever [Kirste] is looking at.”

Deaton echoed the sentiment saying other consultants “wouldn’t guarantee even a dollar.”

“There’s never any guarantee,” Kirste said but added, “I know the City would like to get some things done early so the [oil revenue recovery] that I’m more certain of, I’ll move those up front …  so we can resolve the matters more quickly.”

Beatley said the potential for new oil revenue is big and it could even eliminate the need to launch a tax-raising ballot measure. But she said the city is still taking a “multi-faceted approach” to managing the city’s very tight budget. “It would solve virtually every issue that we have,” Beatley said. “But again, because we don’t know what it is, and we don’t know what is going to happen as a result of that revenue collection, we have to be very careful.”