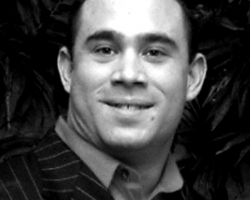 “The genius of the United States is not best or most in its executives or legislatures, nor in its ambassadors or authors or colleges, or churches, or parlors, nor even in its newspapers or inventors, but always most in the common people.”—Walt Whitman

Whitman could have been talking about Seal Beach, for this year in business has been marked by ups and downs, but more often than not, it has been our locals and fellow citizens who have helped business survive.

The Sun asked me to evaluate what has happened in our town over the last year of business and it has been full of challenges. From Mel’s Diner, Minx Fashion Shop and Lei of Love to Circuit City, it has been a tough year for many of our Seal Beach businesses. Those just closed shop.

We have seen a rebound in many spaces, like Home by the Seashore and Marshall’s moving into our community.

We also have seen an expansion of services like the weekly Farmer’s Market on Tuesdays up by Leisure World. The Chamber was proud to sponsor that market to bring fresh produce and items to residents who lost the only nearby grocery store.

Bay Hardware and 320 Main have changed ownership and the Seal Beach Center, home of Pavilions and CVS, is still full of vacancies. Thankfully, there are some new businesses that are finally coming in.

From an events standpoint, the Chamber of Commerce and the Seal Beach community have had an incredible year of production. Starting in March, we had the 2nd annual Seal Beach Health Fair with over 80 vendors and hundreds of participants up at the Shops at Rossmoor.  Look for the third annual Health Fair on March 20, 2010.

The 5k/10k Seal Beach Run was another record success with Bill Ayres at the helm. The business community and volunteer committee came together along with incredible attendance of 5,500 runners, to produce the most successful fundraiser in race history, giving back over $100,000 to the various grant recipients.

How about that amazing car show? So incredible! The last several years have been filled with a sold out show by mid-February. Over 550 cars, exhibits and nearly 20,000 visitors, the Seal Beach Car Show is the single largest event we produce.

The Chamber had the largest run of our well-received Summer Concert Series from the July 4th week on to Sept. 2.

This year’s series marked an expansion by three concerts to be “9 in ’09.”

When other communities were cutting back on activities for residents and visitors, Seal Beach was expanding!

We look forward to next summer’s series and seeing all of you there. Let us know how we can make it better for you as well.

October was the month for the Sidewalk Sale and Trick or Treat. Record number of little ones gathered on Main Street on Friday and Saturday to collect their treats from participating merchants.

The Sidewalk Sale ran on Saturday and Sunday. While we tried combining the two events this year, next year we will return to the previous format by popular demand; separate weekends for separate events.

November kicked off the holiday season in style with the 30th Annual Community Thanksgiving dinner held at St. Anne’s Church and pulled together by the entire community. The 2nd Annual Tree Lighting Ceremony took place on the Friday after Thanksgiving at Eisenhower Park at the Pier. This event has really taken hold as an annual tradition.

This year many fun details were added for the kids such as faux snow to play in, picture cutouts, Santa, Antique Fire Truck and more! Put it on your calendar for next year, the Friday after Thanksgiving.

December was definitely Christmas month with the 29th Annual Christmas Parade down Main Street. This year’s parade saw a record number of entries at 95, which included over 3100 people just in the parade! Now imagine 9,000+ people lining Main Street to watch. The holiday spirit was in full swing and carried us to 2010.

When considering the other successes in our community, we have the Lions, LOTE, Surfrider Foundation, Save our Beach, Friends of the Library, and so many other organizations which come together with our friends and neighbors to make our community great.

There are many businesses that have insight and are bringing even greater success. It was also a pleasure to see Rick Gordon, the current president of the McGaugh PTA talk about the two-way street of shared responsibility in his Dec. 2, op-ed piece in the Sun. We can make our community better in 2010 by continuing to focus on our businesses, neighborhoods, events and schools.

We need to keep local dollars local and help each other even more in the coming year.  As a final note, I think credit is due to the Sun Newspapers for providing our local newspaper filled with stories and resources week in and week out for the last 42 years. For as Issak Walton, the famous English biographer said, “Good company and good discourse are the very sinews of virtue.” So it is in our community. Happy New Year and remember, in 2010 to always shop local.