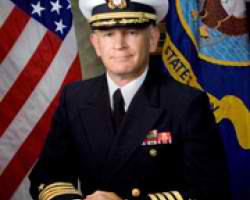 “But safety is an all-hands effort, and all personnel have again shown that we remain safety-focused 24/7,” Auberry said.

“An award nomination is only as strong as its people,” said Safety Installation Program Manager James Olinger. “People are only as strong as their willingness for change, and change is what the naval weapons station has accomplished.”

The command is also involved in the Occupational, Safety and Health Administration’s Voluntary Protection Program, which recognizes worksites and businesses that demonstrate continuing excellence in areas of health and safety, reducing mishaps and lost work days due to injuries.

Naval Weapons Station Seal Beach is preparing to apply for star status within the program, which is the highest rating possible. “The unique safety culture here at Seal Beach stems from our Voluntary Protection Program,” said Marlo Valdez, a base safety specialist.

“As a direct result, our Sailors and employees have a proactive mindset rather than being reactive when it comes to safety,” Valdez said.

The awards will be presented during a special ceremony in Washington, D.C., in October 2010. The command also earned the right to fly the SECNAV’s safety flag for the next year.