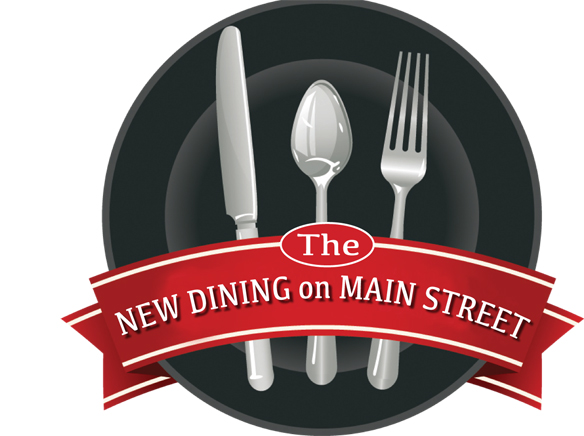 Confusion, lack of consistency and customers who object to wearing masks are among the issues cited by some local restaurant owners and managers in Seal Beach.

This is the first in an on-going series on the impact and challenges of pandemic-related restrictions on the downtown Seal Beach restaurant industry. The Sun has been —and will continue—interviewing restaurant owners and city officials about the future of Main Street area dining.

The interviews took place before the governor’s Monday, July 13, order that essentially closed indoor dining for the entire state.

Every week, something happens, something changes, Rob Jahncke said. He said business owners have to be aware of what the state, county, and city officials want and the layers of protocols on top of that.

“It’s effecting everybody in different ways,” he said.

Jahncke owns two Javatinis Espresso shops, one in Seal Beach (Orange County) and one in Lakewood (Los Angeles County). Jahncke is also treasurer of the Seal Beach Chamber of Commerce.

His store is different, at least the one in Seal Beach. He never had to close his shop to business, as some people in food service have had to do.

Jahncke said he considered closing his Lakewood store, which has an indoor dining area. (The Jahncke interview took place before Gov. Gavin Newsom closed indoor dining until July 23. It is not yet known if Newsom will extend the restriction on indoor dining.)

As of early June, his Seal Beach store had mostly recovered from the previous shutdowns. With coffee, he said, people mostly come, get coffee and leave. He had three people take leaves of absence because they live with at-risk family members.

Jahncke said he is constantly keeping up to date. “The rules are changing quickly,” he said.

He was wearing a mask with the O’Malley’s on Main logo during the interview.

The general manager of O’Malley’s on Main said restaurants need someone to take the lead. He said there is no consistency.

He had the Whooligans band ready to play before the Fourth of July weekend—but had to cancel.

Byrne said you can’t plan ahead. “That’s the problem,” he said.

Asked if the city should consider closing Main Street to traffic and putting tables on the street, Byrne said, “I think at the very least, give businesses three spaces in front.”

Byrne said he thinks the city will have to do something like that.

Byrne had the feeling that the shut down could last beyond the three-week period set by Gov. Newsom.

He said everyone hears three weeks, but there’s not a lot of planning ahead.

Byrne said he thinks the latest shutdown could go through the summer. He said he was trying to get mentally prepared for the possibility.

He said there was a need for a Plan B.

“The domino effect is six months away,” Byrne said.

As previously reported in the Sun, many spaces on Main Street are already empty.

That said, Byrne said he was surprised that food trucks have not come out during this period.

“I thought they’d be everywhere,” he said.

“I really thought there’d be a run on food trucks everywhere,” he said.

“It’s a lot of pressure to put on an employee,” Byrne said.

He said people are taking sides on wearing masks.

Before the recent shutdown, he had one man yell at another man  about wearing a mask.

Byrne had to run after one man who, upon being informed he had to wear a mask, insulted Byrne.

That said, Byrne said 98% of people were just happy to be there.

He thinks everyone in general is upset.

Getting people to wear masks “has nothing to do with what you believe or what I believe,” Byrne said.

He said a lot of people are tired of the politics of masks. He said businesses need to open, pay rent and feed families.

He was said about the recent permanent closing of Beachwood BBQ.

As to the future, Byrne expects the restaurant industry will change. He expects tablets at tables or people ordering food at the door before sitting down to eat.  “It would ruin the Irish pub experience,” he said.

Barbara, the founder and proprietor of Finbars Italian Kitchen, also calls on restaurant managers to manage guests and to insist that people wear masks. He also thinks it is time for officials to fine people for refusing to wear them.

Barbara doesn’t know what is going to happen come July 22. Will the government allow restaurants to reopen?

Barbara said he was a lucky (and early) recipient of the Paycheck Protection Program. However, those funds have now been spent. He did not know if there would be another round of funding for the program.

“I have more concerns than challenges,” Barbara said.

The challenge is having enough revenue to pay the bills.

“We need the general population to cooperate and take personal responsibility for themselves,” Barbara said.

“The city of Seal Beach has been really helpful,” Barbara said. He said District One Councilman Joe Kalmick and Community Development Director Les Johnson have been helpful. (He also said he has not spoken with Johnson and knows of him only from what he has read in the Sun.)

Barbara’s situation is different from that faced by Main Street restaurant owners. He has a broader sidewalk. Barbara was concerned about the city’s communal dining areas, wondering who will police the areas, keep people from different households from intermingling?

(Edtior’s note: Communal dining areas in the city parking lot on Electric Avenue and Main Street and in Eisenhower Park will be set up Wednesdays through Sundays, according to Assistant City Manager Patrick Gallegos.)

If you are his guest, he insists that you enter his business wearing mask. He said when they don’t wear masks, they are contaminating tables and chairs.

“It would be nice to have a greater sense of cooperation,” Barbara said.

He also said there really needs to be a greater effort to flatten the COVID rate.

• According to Barbara, the restaurant owner or manager should be the one who tells a customer to wear a mask. Finbars staff have been directed to speak with management about uncooperative customers.

“I think it is important for restaurant owners and managers to manage the guests,” Barbara said.

“I think we need to adopt ‘No shoes, no shirt, no mask, no service,” he said.

For Barbara, the challenge is what restaurant owners can do to open their doors again. According to Barbara, that will only happen if people—especially restaurant management teams—manage the guests.

For example, he had one guest say that it was unconstitutional to require people to wear masks. For Barbara, a guests “right” to not wear a mask stops at the door of his business.

Barbara said he recently got a $60 parking ticket. Fine. He deserved the ticket. He argued that parking enforcement staff should be citing people for not wearing masks.

Barbara has a lot of customers from Leisure World, a senior community.

Now cases are starting to grow, according to Barbara. Barbara said the city should pass an ordinance that if you don’t wear a mask, you get a fine.

(The mayor of Avalon recently told her City Council that some Los Angeles County cities are talking about imposing fines on people who don’t wear masks.)

He recommended a warning for the first citation and a fine for the second citation.

Barbara expects to be in business next year.

“I have fabulous support from the city, the people that live in the city and the customers,” Barbara said.

He said if everyone wears a mask Finbars will be able to serve them next year.

Speaking to his customers, he said, “I love you dearly, but wear a mask.”

What challenges are you facing with the changing restaurant environment?

Has your business received support from the city?

Have city staff been helpful?

What do you think the city should do?

Have you or your staff had problems with customers who object to the mask mandate?

Do you expect to still be in business next year?

Email your answers to Associate Editor Charles M. Kelly at editor2@sunnews.org and CC to Editor Ted Apodaca at editor@sunnews.org.