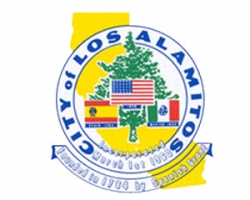 Update: On Thursday, Aug. 11, the Los Alamitos City Council issued a notice of a public hearing to discuss the annexation of the Rossmoor Shopping Village.

Some members of Rossmoor’s Community Services District said they were less than thrilled.

The commercial district generates $300,000 to $450,000 a year in sales revenue, according to a July staff report to the RCSD by General Manager Henry Taboada.

RCSD Director Alfred Collect said Los Alamitos appeared to be bringing the corner into the city’s “sphere of influence.”

“It appears that they’re doing what they intended to do,” Coletta said.

Los Alamitos officials have said on more than one occasion that they have no interest in annexing the unincorporated community of Rossmoor.

Rossmoor Director Ron Casey believes the recent council action, which sends the subject of the commercial district to the Los Alamitos planning commission, provides insight into what Los Alamitos will do next.

“This should, at the very least, mean that the council will not go forward with any annexation attempts for at least a year or two,” Casey said.

“However, since Rossmoor voted against cityhood in 2008, (Supervisor) John Moorlach and his (Local Agency Formation Commission) compatriots will continue to enable Los Alamitos in any decisions involving Rossmoor,” Casey said.

He went on to say that LAFCO has made a goal of eliminating unincorporated communities from Orange County.

“So even though the annexation process may slow down, it will not stop. It seems to me that we, Rossmoor, are in a no-win situation because if LAFCO/Los Alamitos prevail in their endeavors we will get nothing in return,” Casey said.

He said the Los Alamitos council’s decision to send the issue of adding the commercial district to the city’s Planning Commission gave the Rossmoor Community Services District an opportunity to determine what its options are, if any.

However, Supervisor Moorlach  said the decision to add the corner to the Los Alamitos General Plan probably wouldn’t have any impact on Rossmoor’s future

“It hasn’t done anything for their past,” Moorlach said.

He agreed the decision could be a move toward a partial annexation.

“If Los Alamitos is headed in that direction, then the probability is that that will occur and be consummated is pretty high,” Moorlach said.

Rossmoor officials have been resisting efforts to move the unincorporated community into Los Alamitos for years.

In February, in an e-mail Update to his constituents, Moorlach opposed so-called latent powers for the district.

He said there were three options to consider, the first being a super-city merging Los Alamitos, Seal Beach and Rossmoor into one incorporated community.

“The second is for me to discontinue holding back the fourth corner (the southwest corner of Los Alamitos Boulevard and Katella Avenue) from the city of Los Alamitos,” he wrote.  “A partial annexation is better than none.”

“The third is to put a utility users tax on a countywide ballot that would require unincorporated islands that are subsidized by the county to make up the difference,” Moorlach wrote.

If the “fourth corner” is annexed into Los Alamitos, Rossmoor residents won’t get a vote. Under state law, a community of less than 150 acres does not get a vote on annexation. As Moorlach pointed out, the small business district would come under the 150 acre threshold.