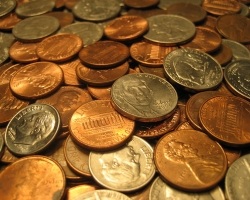 The council had several questions on the budget concerning accuracy of revenues to this point at a March 15 workshop. Additional information was brought back at this workshop.

Assistant City Manager Nita McKay said additional cuts were made by department heads to balance a more than $500,000 shortfall.

Despite the expected shortfall, McKay said the city is in better shape than some when it comes to revenue.

While Los Alamitos’ sales tax revenue was down 11-percent from a year ago in the most recent quarter, some cities are reporting declines of 20-22-percent.

Still, that did not make Council member Dean Zarkos take comfort in what the city was doing.

“This is kind of confusing, as some of these charts don’t reflect the words that are being spoken,” Zarkos said.

“In order to make intelligent decisions when looking at a shortfall, I’d like to see something a bit more concrete as far as the numbers are concerned,” Zarkos said.

City Manager Jeff Stewart said the numbers presented at Monday’s workshop are more concrete, as the numbers are based on March 31 revenue coming in and not Dec. 31 as the previous workshop’s numbers were.

The city uses HdL Group for making projections about revenues. McKay said the city doesn’t use HdL all the time but does use them as a kind of “guide.”

Council member Troy Edgar, who also had problems with the validity of some of the revenue numbers, said he didn’t think it was a good idea to bridge the gap with fund balance money, as the council had done in the past.

“Policy wise, it’s not a good idea to use a fund balance to solve our problems,” Edgar said. “I simply don’t think it’s a good idea to write a check on numbers we don’t believe in.”

Edgar asked city staff to keep the council apprised monthly and let them know if there are any further changes to the numbers.