Local residents and their children were captivated by the well-lit pumpkins on display, a commercial-grade fog machine, sound effects, and spooky projections on the wall that added to the excitement.

Many hours of planning went into Quinlan’s project, and he was very happy to see the huge spectator turn-out and so many kids captivated by the clouds of fog.

When trick-or-treaters asked Jim if he plans to do a Pumpkin Patch next year, Jim said: “It was a lot more work than I thought it would be … so maybe next time, I’ll make it a community project, or even a contest.”

Comments and suggestions are encouraged: jquinlan@roadrunner.com. 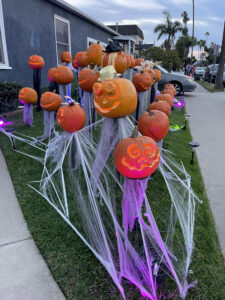 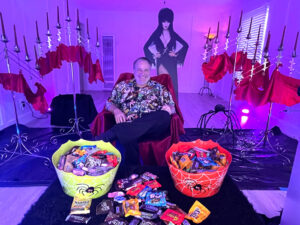 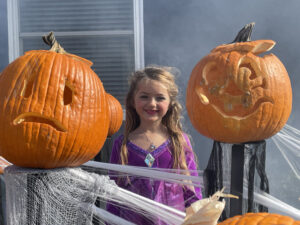 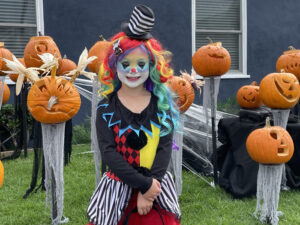 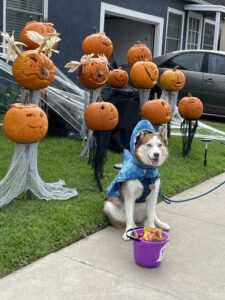