Like a lot of people, Ray Longoria of the Seal Beach Lions Club didn’t think there was much graffiti in the city often called “Mayberry by the Sea.”

On Monday, July 25, Longoria joked that the perception was one reason he decided to step up and spearhead the Lions anti-graffiti project.

“I thought it would be easy so I volunteered,” he said with a laugh. “I never really noticed it around town.”

Longoria said that he and his team of Lions volunteers have discovered that there is a lot more to Seal Beach’s graffiti problem than meets the eye. That is, until you search the city’s wayward places, the alleyways and other portions of Seal Beach’s underbelly.

According to Longoria, Ellery Deaton, Seal Beach City councilwoman for the Old Town area,  had noticed the graffiti problem.

According to De-aton, in her regular e-mail update to her District 1 constituents, many people had approached her about the proliferation of graffiti around Old Town Seal Beach.

“Sean Crumby, our Public Works director, and I discussed it and brainstormed what to do about it,” Deaton said. “The city could only clean up the public property that was damaged. We needed someone who would be willing to take on graffiti removal on private property.”

“They got to talking about it and we decided it was something the Lions really wanted to be involved in,” Longoria said.

And so, LAG, or Lions Against Graffiti was born.

Longoria assembled a posse of volunteers, equipped them with sprays and other graffiti materials and they mounted up on their bicycles and began riding through every street and alleyway in the city’s Old Town neighborhood.

“It actually turned out that there is a lot more graffiti around town than you probably ever imagined,” Longoria said. “It becomes invisible, a part of the landscape after some time.”

Longoria said they found many instances of graffiti in dozens of locations around Old Town.

On the “It could be much worse” side, Longoria said the graffiti the Lions found did not appear to be gang related, but was more likely “taggers” staking out territory in Seal Beach to make their mark.

Tagging has been a problem in many communities in recent years, although in some it is worse than others. The city of Santa Ana has experienced some of the worst cases. It describes the practice of tagging as:

“Not an art form or about expressing oneself.  It is vandalism and the destruction of private and public property.  Tagging is any unauthorized marking, etching, scratching, drawing, painting or defacing of any surface of public, private, real or personal property.

Tagging causes blight in our community resulting in a genuine threat to the quality of life, incalculable economic losses to businesses, and can lead to the general deterioration of the area in which you live or work.

The eradication of graffiti is a huge drain on the city’s resources in both cost and manpower.  In most cases, the difference between graffiti being art or a crime is permission.

Some communities in Orange County have created anti-graffiti task forces that try and clean or cover graffiti as quickly in an attempt to keep their neighborhoods free of the nuisance and to discourage copycat tagging.

In about three weeks, the Lions’ LAG project removed or covered more than 400 incidences of graffiti. Some were very obvious and others quite discreet.

“We acquired environmentally safe chemicals designed specifically to remove various types of graffiti,” Scott Newton said. “From the very beginning, we had aesthetics in mind and concentrated our efforts on removal rather than simply covering it up.”

“I was amazed at how much graffiti we have in Old Town,” said Lion Cathy Newton. “We rode our bikes or walked every alley for three weeks cleaning them up everywhere.  Now our bike rides include checking for new graffiti.”

While there was certainly a lot to clean up, it is hard to say how old the graffiti really is, Scott Newton said.

“Some of the taggings were dated as old as 2005,” he said. “The Lions have also partnered with the state of California, Consolidated Disposal and Southern California Edison whose properties have been affected as well.

The Lions also met several residents who are acting as their ‘eyes in Old Town’ helping identify problems when they occur.

“This project has made us several new friends in Old Town, Scott Newton said.  “Business owners and residents all seem to really appreciate our efforts”

The Lions have established a graffiti hotline for businesses and residents to report graffiti problems.  The e-mail address is:  graffitiremoval@sealbeachlions.com.

According to Scott Newton, when notified, the Lions will respond to the problem in less than 24 hours.

“Future plans include expanding the program to all parts of Seal Beach. Once again, the Seal Beach Lions stand true to their motto ‘We Serve,’” Scott Newton said. 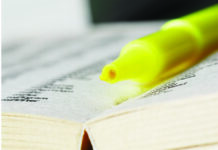