I was reading this article in your paper on 7/30/2020 and there is a revision. I want to make note that another crime was reported on 7/24/2020, the incident happened between 12:20-12:30PM PST at our Black Lives Matter Moment of Silence. It happened to me, a man tried to spit on me and said FUCK YOU to the group and to myself. Luckily it was windy and the spit caught him even though he leaned in. As a black bi-racial woman here this incident really made me sad and disappointed but it is unfortunately not shocking given other experiences I have had here. I would like the community to know and I would like the man who may be reading this to know I reported this to the police. There were at least 10 witnesses. I reported it to Officer Carra #444. It is documented.

Founders Day past and our 105th!

This October 15th, our wonderful city will be celebrating its 105th birthday. It was just a short five years ago that we all celebrated our centennial with over 15 events throughout the year and the spectacular carnival, games, music and “celebrations in the sky” fireworks show off the pier.

So, what do we have planned for our celebration this year? Well, the Seal Beach Founders Day committee is planning something special; with the grand opening of the newly remodeled Bay Theatre, we are planning to not only dedicate the theater and its owner Paul Dunlap, but preview the soon the be released movie “The Harbour Chronicles” by noted filmmaker Chris Sardelis. This epic film is a detailed look back at Rich Harbour’s journey in becoming one of the top surfboard manufactures and Seal Beach legends of the 20th century. The movie also showcases our city in great esteem. More information on this special event will be coming during the summer and early fall.

The Founders Day Committee would also like to bring you up to date on the proceeds from our centennial events in 2015. With very special thanks to all of our great local business sponsors that year and the Centennial apparel sales headed up by Nancey Kredell, we are very proud to report that just under $50,000.00 was donated to the city, which is earmarked for recreational uses. In addition, the Founders Day Committee donated an additional $35,000.00. The almost $85,000.00 is being used to purchase the following: new benches and tables for the pier pad landing area, a new piano for the Marina Center and individual workout stations for College Park East parks which will be similar to those in the new first street park in Old Town.

The volunteers of the Founders Day Committee are pleased to present these items to the city and we are looking forward to presenting a very special evening at The Bay later this year in celebration of our 105th – how great is OUR CITY !

Thank you, G. Pat Irving, for your excellent letter spelling out the real agenda of Black Lives Matter. Our first reaction was how radically different the BLM approach to racial “justice” is from that of Martin Luther King, Jr.’s dream of a colorblind society. King is an American icon with streets, parks and schools named after him, and a national holiday set aside in his honor; but he would be appalled at how the black activists and their white liberal allies have utterly destroyed his dream of the time when “people will not be judged by the color of their skin, but by the content of their character.” If King were to give his “I Have a Dream” speech today on the steps of the Lincoln Memorial, he would be met with stony silence or booed off the stage.

The “What We Believe” is a declaration at blacklivesmatters.com states “We are guided by the fact that all black lives matter … ”; however, their actions make it clear that only selective black lives really matter. BLM reacts only when a black is killed at the hands of a white police officer. That is what gives them their political power. The high rate of murders of blacks by other blacks is ignored in their ideology.

Every weekend brings horrifying numbers of blacks killed during street violence in cities across the country. Where is the explosion of protests, peaceful and otherwise, from Seattle to New York City? They do not exist. And what about the children who are killed in the crossfire? Where is the outrage? Those of you who are marching down Main Street chanting “black lives matter” and are kneeling in Eisenhower Park, do you march and kneel for any of them? Do you even know who they are?

Eight-year-old Secoriea Turner was sitting in a car with her mother when a drive-by shooter snugged out her life. Natalia Wallace was celebrating the Fourth of July at her grandmother’s house, riding a bicycle in the yard, when her seven years of life were ended. An excited Amaria Jones, aged thirteen, was inside her home showing her mother some new dance steps when a bullet crashed through the window and took her life. Sincere Gaston, not yet two years old, was strapped in the car seat when he took the bullet intended for his mother. Royta De’Marco Giles was shopping at a mall with his family when his eight years were violently taken away. The list goes on and on and on.

George Floyd did not deserve to die and, from the details that have been made public, the murder charges brought against the officer responsible for his death appear to be appropriate. George Floyd will not be forgotten but let us also remember that all black lives matter as do the lives of all persons of all colors. The next time the kneelers gather in Eisenhower Park for their George Floyd vigil, perhaps they might add a few seconds to include the innocents. We are sure that Mr. Floyd would have been pleased to move over a little bit and give them some room.

BLM has thrown down the gauntlet. As noted by Irving in last week’s Sun, Hawk Newsome has stated that if the country does not “give us what we want, then we will burn down this system and replace it.” BLM makes demands for what they want and threats for noncompliance; but is there anything in their narrative that speaks to a goal of working with black communities to stop their own from murdering each other? Is there any effort to encourage blacks to stop engaging in activities that puts them in the hands of police? Where is the Reverend Dr. King when we so desperately need him?

I have been disheartened to hear from neighbors, “All lives matter” when discussing the Black Lives Matter movement in the United States.

Our country has never fully embraced the sanctity of Black lives. We have never afforded people of color a level playing field at any point in our nation’s history. The Black Lives Matter movement was begun in response to the discrimination and violence against Black lives in our country.

Too often, the same people who say, “All Lives Matter” follow with comments about how the “rule of law” is being abandoned by those involved in the Black Lives Matter movement. The country is now discovering that much of the destruction and mayhem at BLM gatherings has come from opportunists seeking to sow divisions among us (including from ultra-right-wing, conservative groups and individuals). I have marched in Southern California (masked up) without witnessing one incident of violence or destruction. It is my belief that when one chooses to use the terms “law and order” or “rule of law” in discussing the Black Lives Matter movement, racist intent underlies the sentiment. There was nothing “law-abiding” about the men armed with assault weapons who stormed the state capitol in Michigan. Likewise, the 3 white men arrested for making explosives in Las Vegas so they could “reopen” America and later disrupt BLM marchers were anything but “law-abiding”. These actions, and so many more over our 400+ year history, are meant to threaten and intimidate fellow Americans citizens rather than to strive for our nation’s stated ideals of freedom, justice, equality for all citizens.

The time has come for the United States of America to face our racist past and present so that we may finally move toward a future in which all Americans can proudly, fully, and equally participate.

Evil and violence exist in our communities

I am writing this in response to a letter to the editor written and published in last week’s edition in the Sun. The author spoke about the execution of two police officers in New York City following the civilian grand jury decision not to indict the officers involved in the death of Eric Garner. The suspect in the killing of the two police officers had shot and nearly killed his girlfriend before posting on social media his intentions to kill police officers as retribution for the deaths of Eric Garner and Michael Brown, which he did prior to taking his own life. This is NOT ACCEPTABLE.

The fact is, evil and violence exist in our communities. Long Beach, with whom we share our northern border, had thirty four homicides in 2019—34! And if you look at their other violent crime numbers as reported to CA-DOJ, I think you will be suprised to see their reported incidents of rape (249), robbery (958), and aggravated assaults (1,128), not to mention their non-violent crime incidents (11,297). Crime does not know city boundaries and Seal Beach is not immune. I think we all clearly remember that in 2011, eight individuals were brutally murdered right here in our city. Blue line or not, police officers put themselves out there on a daily basis to protect their communities. Just like NYPD Officers Rafael Ramos and Wenjian Liu had done on that December day in 2014 while sitting in their police car before they were unexpectedly murdered.

My point is this. Police Officers have an incredibly difficult job. And those officers who commit wrongdoing, either criminally or administratively, should be held accountable. No doubt.

But to cast a net because they put on a uniform, a badge, and gun, makes them raging and intolerant racists is part of the very issue we are trying to work ourselves out of. Because a purple person commits a crime, does that mean all purple people are criminals.

Of course not. Because a teacher or member of the clergy commits a crime against a child, does that mean all teachers and clergy are criminals, of course not.

The overwhelming majority of purple people, of teachers and clergy, are caring, thoughtful, and respectful persons.

Black lives matter. For sure. But to put the social justice (and economic) issues before us on the shoulders of law enforcement is absolutely crazy. The police are but a cog in the wheel that also involves legislators, prosecutors, courts, etc. I ask those who wish to make a difference in their community, to do so. Teach, train, mentor, volunteer, donate. There are countless opportunities for one to make a difference.

I support the police in our community. And I am thankful they are watching over us and protecting us from the violence and evil that exists around us. 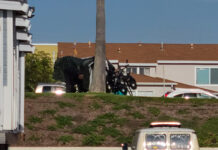 Briefing Room: Conversation must start by noting that homelessness is not a crime 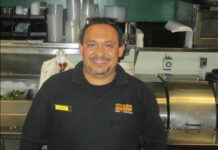