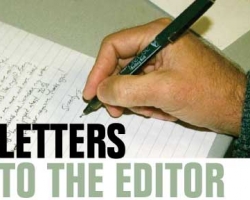 Seal Beach’s parking is a joke … a bad one

My wife and I recently moved to Seal Beach and I have to say, the parking situation here has not been worth the trip.

Recently, the people who decide this sort of thing thought it would be a great idea to spend all summer repaving a few of the streets in the old part of town.

I realized after midnight one evening that our cars were still parked on the street where they were going to be working in the morning, so in order to avoid a ticket I shot out of bed and moved them to a different street where I thought they would be safe.

To my surprise I woke up the following morning to find two parking tickets, one on each of our cars for violating the street sweeping day.

Listen, I’m all for clean streets and newly paved ones as well, but if you are going to take away our parking by making us stay out of the way of the construction crew, at least give us a place where we can park!

Or here’s an idea, why not sweep both sides of the street on the same day instead of sweeping one side every second and fourth Monday and the other side every first and third Monday.

If that sentence was difficult to understand then you have come close to understanding the confusion I have arrived at with parking in this town.