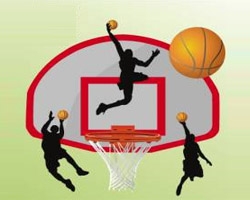 The Los Alamitos Girls Basketball team held their home opener Friday night against the cross-town Lakewood Lancers and it was a barn burner. 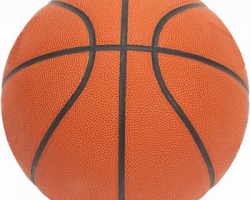 Lakewood snatched the victory from the Griffins with a 2 point basket at the buzzer to defeat Los Al 50-49.

The quickness of the Lancers tested the Griffins in the first half as Lakewood ran up a 26-11 lead with two minutes left in the 2nd period.  Los Al countered with a 7-0 run to end the half and close the margin to 26-18.  Los Alamitos Junior, Sara Hutter, contributed to this dash with a lay-in and free throw to complete a 3 point play.

The Griffins begin chipping away at the lead in the third period.   Senior Tess Wianecki brought the score to within one with a driving lay-up through three Lancer defenders with 2:26 left in the 3rd quarter.  The Lancers pulled away again before Sophomore Lauren Yamada stole a Lakewood pass and took it all the way home to cut Lakewood’s lead to one again.   Lancer Nicolette Rodriquez then drained a three pointer with 1.3 seconds remaining to end the third quarter with a 38-34 lead.

The Griffins continued their comeback when Senior Shelby Schiada tied the score with her own 3 point play at the 6:02 mark of the 4th period.  Again, the Lancers slipped away from the Griffins with a 9-1 run before a Tess Wianecki bucket began a Los Al 10-1 scoring run.   With 52 seconds remaining, Sophomore Tia Karapoulios sank a 12 foot jump shot to bring the Griffins back to within one.  After another Lakewood missed shot, Senior Natalie Richards hit a 15 footer to put Los Al ahead 49-48 with16.6 seconds.  In their last possession, the Lancers missed several chances and were forced to take their last time-out with 2.3 seconds remaining.  When play resumed, Lancer Senior Aljinee Brunson made a desperation pass which bounced off a Los Al defender, right into the hands of Lakewood’s Ariel Shipp, who made her only basket of the contest at the buzzer to steal the victory.