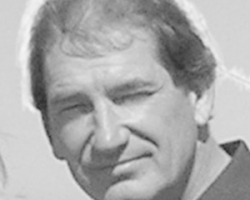 Welcome to Main Street, Old Town Seal Beach. There has been quite a buzz lately in the so-called “downtown” of this seaside city. The city fathers have come down on the merchants along Main Street for code violations. Most notable of the violations and a key issue that has put the bee in everyone’s bonnet are the benches that line the street. The other day I observed dozens of people … kids, moms, dads, sitting on Seal Beach Main Street benches, noshing on pizza, slurping ice cream cones, chewing on sweet muffins. It was a slice of Seal Beach in summertime and what else would you expect or desire?

However, as a journalist, I learned long ago to look under the veneer of the obvious.

The fact of the matter is that while some businesses have a fine bench in front of their establishment, there are a couple of places that have a plethora of the devices. It seems for them to be more a way to establish a foothold to use city property for their own profit rather than a way to enhance the Seal Beach’s so called Old Town charm.

Why would any business person think it is acceptable to have more than one or as many as five benches in front of their business? Meanwhile, some of the benches along Main Street are in various stages of disrepair. I have even seen some with wood that is splintering. Yes, I believe even sitting can be a danger in Old Town Seal Beach. OK, you can call me paranoid, but that doesn’t mean the Universe isn’t actually out to get me.

Perhaps the quality of the benches is part of the reason (I’m sure it is … ) that the city’s leaders have approved of this crackdown on them and other code violations along the street. Let me ask you this…why should the city pick up the liability on such things if it does not possess the will to enforce the rules that ensure the safety of everyone – not only residents of Old Town Seal Beach but all of the visitors who help fill the city’s coffers?

The city is now asking for merchants and others to comply with a code. I say, Let’s get with the program. I certainly don’t want to set my self down on a defective bench. There really is nothing more painful than a wood splinter. The city has compiled a list of the places along Main Street that have permits for the benches in front of their businesses. This is as opposed to a list of those who are in violation of the code. Some merchants who are not in compliance have asked me to suppress the list. I think it is all silly. Anyone can get the list from Seal Beach City Hall. It’s public information, but boring at best. Sorry if we don’t have space for it in this week’s Sun.

On an ironic note, the Sun Newspaper office on Main Street in Old Town Seal Beach, unbeknown to us until just recently, has a permit for a bench. However, we don’t got no bench. We had one, but it started to splinter. So you can imagine what we did.

Anyway, the real concern seems to be a handful of Main Street merchants that have been using the sidewalk as a place to display their wares. In the words of Billy Jack, the fact that a few can ruin it for all just makes me want to go BESERK! But that is another subject for another Kaiser on a Roll. In the meantime, welcome to Main Street in Old Town Seal Beach. If you want to sit down, go home.

Dennis Kaiser is the editor of the Sun Newspapers