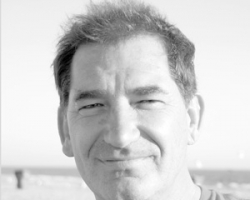 They say that at some times of the year, when the plankton lines up just the right way, the waves at Sunset Beach turn blue in the moonlight as they crash the beach. In fact, I’ve seen this happen. Beautiful…

Sunset Beach has been a part of my life even longer than the time when I first thought I might pick up a pen—so to speak—and become a journalist. It was more than two decades ago that I discovered the unique strip of ocean front sand and found something magical in the wind that whips the perfumed air of the sublime Pacific into my head.

I was born and raised in a land called Massapequa, Long Island, New York. For those of you who don’t know, it’s a lot like Huntington Harbour. However, we had to take a ride in a car over a bridge to the ocean part—or catch a ride on a friends’ boat across the Great South Bay to reach the long spit of sand that made up our ocean paradise. It was not a very wide area, but it went on for miles. Sunset Beach is the only place I’ve ever really found that reminds me of it.

I loved where I grew up. My seven siblings and I were beach people. It’s something that gets in your blood and never leaves. Perhaps it’s like being a grunion or something. It’s a force of nature.

So it was that when I first came out to the West Coast that I fell into a job as an ice cream man. I worked that job through college. Along the way, I stumbled into Sunset Beach and had much success selling in that unusual part of Orange County.

There was something I also discovered about Sunset Beach. Call it a glitch, a wormhole, or an anomaly. For a couple of summers I was able to pull my ice cream truck up to the traffic circle, park the truck and open up for business. There was nothing anyone could do to stop me from selling ice cream there for as long as I wanted. I did not even have to drive the truck around anywhere – the gas savings alone made me as rich as I felt I needed to be at the time. It was easy. Big easy. The heated people on the beach would come stumbling up to the truck and buy all the cool refreshment they could carry back to their sand-bound blankets.

In any other place along the California coast such a thing would not have been possible. However, it was because Sunset was not a city—it was an unincorporated area, governed in a different and perhaps more primitive but perhaps, in some ways, a better way. I’m not sure. All I know is that Sunset Beach was very, very good to me.

Many years have passed since those summer days before I went back to school and picked up the pen. Now I have learned that Sunset Beach seems destined for annexation by the mega city of Huntington Beach. I don’t know what good things will come of this for Sunset Beach. I can only imagine that there will be more government on the backs of the people who live in the beachfront enclave. They tried to become their own city. I give them a lot of credit for that. They roared like mice.

I guess things change. We must accept some of them. Sunset Beach will remain as it is in its physical form. However, its surroundings are bound to morph over time. It’s still one of my favorite places to visit. It still contains the soul that is unique to Southern California and its sense of history is based on being a free soul.

Things are changing. I just don’t know if I will want to be around when they put parking meters along the Sunset greenbelt…except maybe when the moon is full and the waves turn blue. You can’t beat that.

Dennis Kaiser is the editor of the Sun Newspaper.