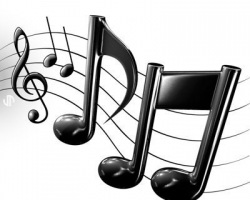 Enthusiastic community supporters and advocates filled the rooms of Don the Beachcomber in Sunset Beach on Friday, May 14 in support of the 3rd Annual Interval House Concert.

Once again, successfully raised community awareness about domestic violence, as well as more than $2,000 to support Interval House’s comprehensive programs for victims.

The vibrant event featured live entertainment by dynamic local musicians, in addition to moving testimonials about the widespread, pervasive nature of domestic violence.

Interval House staff and advocates spoke candidly about their personal journeys from victim to dedicated community leader, reflecting upon the core Interval House philosophy of empowerment that has shaped their evolution.

“We are incredibly thankful to all of the community supporters who were able to attend the event,” says Interval House Executive Director Carol Williams. “Interval House’s doors first opened in a small home in Seal Beach, with an office set up in garage and a hotline center that consisted of a card table and one telephone. We could not have grown to what we are today had it not been for the unfailing support of our local community.”

Over the last three decades, Interval House has been at the forefront of the domestic violence movement, pioneering innovative programs that have been recognized with more than 400 local, regional and national awards, including three Presidential Awards, two Governor’s Awards and a U.S. Department of Justice Award citing Interval House as a model domestic violence program to the nation.

Interval House’s staff composition is truly unique, with 99 percent of Interval House staff and advocates being multilingual, ethnically and culturally diverse, and having been personally affected by domestic violence.