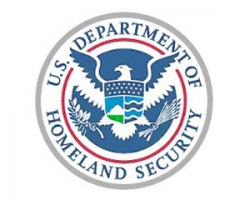 “The city of Seal Beach City Manager needs to be designated by resolution to execute on behalf of the City of Seal Beach to obtain grant funds through the Homeland Security Grant Program,” wrote Todd T. De Voe, Emergency Services Coordinator, in a staff report to the council. The  council approved the resolution unanimously as part of the Consent Calendar. Consent items are voted on collectively and are not discussed.

“The Department of Homeland Security is funding efforts nationally to combat terrorism and respond to emergencies and hazards,” De Voe wrote.

The staff report did not specifiy how much money Seal Beach might receive.

“Acceptance of these funds may offset public safety expenditures servicing the city of Seal Beach for a variety of needs which may fall under the umbrella of Homeland Security,” De Voe wrote.

“With an increase in surf conditions, we have seen our rescue totals increase dramatically while the number of stingray incidents has decreased in the past week,” Lt. Pierce wrote in his report to the city manager.

“This is partly because the stingrays prefer to be in calmer waters, and partly due to the number of swimmers staying closer to shore to avoid the rougher areas.”

A second caller, who remained  anonymous said the fireworks might be coming from a specific address on 5th Street.

The address was blacked out in the dispatch log provided to the press. A third caller reported the same.

A fourth caller said the people responsible for the fireworks were not on the street and were firing mortars.

Police unit 940 contacted the people responsible for the fireworks and advised them about the Seal Beach Municipal Code, which prohibits fireworks. They told the police they would comply.

Suspicious Person—2:25 p.m.—Lampson Avenue—A private security officer said he thought that three men were taking a battery out of a car in the parking lot off of Lampson Avenue. Police unit 206 found one vehicle providing another with a jump start.

Stingray Injury—9:35 a.m.—1st Street and Ocean Avenue—The caller reported to 911 that a man was limping from a possible stingray injury about 50 yards south of the first lifeguard tower. Message delivered to lifeguards.

Municipal Code Violation—7:57 p.m.—Seal Way—The caller reported a man running on the sand with his dog.

Police unit 241 contacted the dog owner on the sand at Neptune Avenue. The man was a visitor from out of town. Police unit 241 advised him about the ban on dogs on the beach.

911 Hang-up—10:45 a.m.—Marvista Avenue—The caller originally thought there was a fire situation, but then learned that her son had just turned on the furnace The police unit was cancelled prior to dispatch.

Animal Cruelty—4:03 p.m.—Ocean Avenue—Police unit 106 while on duty found a small puppy locked in a cage in the back of a truck. Unit 106 was unable to locate the registered owner of the truck. Unit 106 requested Long Beach Animal Care Services. Animal control officers took custody of the dog.

Disturbance—8:43 a.m.—Walnut Street—The caller’s niece’s ex-boyfriend refused to leave. The ex-boyfriend was wearing a white shirt with black stripe, standing outside a gray van. He was not known to carry a weapon. The responding officer advised him to go.

Disturbance, Juvenile—7:54 p.m.—Oak Street—Three male juveniles were seen on a roof. They were gone by the time the responding officer arrived.

Counseling—12:17 a.m.—San Bonita Avenue—Juveniles from across Bloomfield on the Cypress side were throwing eggs and rocks, possibly at vehicles driving by on Bloomfield. Some of the eggs and rocks hit the caller’s residence. The responding officer contacted a homeowner hosting a party and made her pick up bricks in the middle of the roadway that were thrown by party-goers.

Fireworks—6:02 p.m.—Howard Avenue—The caller reported an ongoing problem with fireworks. The responding officer spoke with two juveniles in the alley who said they did not know of any fireworks. The juveniles and the caller were counseled. Extra patrol checks were planned.

Fireworks—11:50 p.m.—Howard Avenue—Now the caller reported someone lighting smoke bombs. The responding officer was unable to locate the juveniles. However, the officer did find evidence of fireworks in the alley. Extra patrol checks were planned through the night.

The caller was certain the damage occurred in Los Alamitos.

The caller was told that police need to see the vehicle for a report.

Patrol Check—11:18 a.m.—Linda Way—About five minutes earlier a man knocked on the door and asked to fix the caller’s van. When the caller turned him down, he asked to use her hose. He then drove off in a hunter green Hyundai or Toyota. The caller was concerned due to recent burglaries.

Citizen Assist—5:01 p.m.—Los Alamitos Boulevard—The caller said that a man at the location asked the caller to dial 911. The man said that he was threatened by someone. He had an argument with an employee next door. Responding officer found that an employee refused to allow him to use the bathroom. Verbal dispute only.

Disturbance, Party—11:32 p.m.—Catalina Street and Walnut Street—The caller complained about a party on the patio behind a house on Catalina. The caller said it was an ongoing problem but does not want the police to contact him.

Pedestrian Check—12:37 a.m.—Montecito Road and Brimhall Drive—The pedestrian was released to the custody of the pedestrian’s parents.

Suspicious Person or Circumstances—10:20 p.m.—S. Pacific Avenue and 5th Street—Deputies searched for a group of juveniles who were smoking and being loud. The caller did not know what they were smoking. Unit 307 contacted “a couple” of individuals. The juveniles apparently left the area.

Suspicious Person or Circumstances—2:33 p.m.—Pacific Coast Highway and 6th Street—Deputies checked for an individual who was reportedly exposing himself to people on the beach. The suspect was described as a white man, about 25 years old, 5 feet 10 inches, weighing 180 pounds with brown hair and brown eyes wearing a yellow T-shirt and denim shorts.

Illegal Parked Vehicle—11:01 a.m.—5th Street—The caller said a vehicle was parked in the street during street sweeping time. The sign said no parking between 8 and noon.