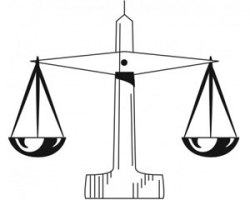 A suspect in the home invasion robbery of a Rossmoor resident has entered a not guilty plea to the charges stemming from the incident.

On Wednesday, Dec. 7, Tyler James Compton, 23, pleaded not guilty to all charges: robbery in the first degree, false imprisonment of an elder by violence, inflicting injury on an elder adult and two sentencing “enhancements” of using a firearm in the commission of a crime.

Compton is being held on $210,000 bail, according to the Orange County Sheriff’s Department’s Web site.

Compton is scheduled to return to court for a bail review hearing on Friday, Dec. 16, according to the Orange County Superior Court’s Web site.

On Wednesday, Dec. 7, an elderly Rossmoor resident used her Life Alert system to call for help.

According to the Sheriff’s Department Web site, she said she had been robbed and was tied up in her home on Weatherby Road.

It was 11:40 a.m. when the Sheriff’s Department learned of the crime.

Deputies located the front door of her home.

According to the dispatch log, she was too far from the door to hear the unit.  She could not hear the questions that Life Alert operators asked her.

Deputies entered the house. They heard her screaming that she was tied to a chair.

The Sheriff’s Department investigators obtained descriptions of two suspects: a white man with a gun and a man she described as Hispanic. The second suspect wore black gloves with snowflakes on them.

They left the scene in a white Mazda pick up truck.

Compton was arrested the next day, Thursday, Dec. 8, according to the Sheriff’s Department Web site.

However, the Rossmoor Predator Management Team told e-mail subscribers that the suspect was arrested Wednesday night.

“Be visual in your neighborhood.  Immediately report suspicious activity,” the RPTM e-mail said.  “We have read in prior crimes that two men were seen walking on residential streets prior to the crime and no one reported it.  Go with your gut, if you sense something is wrong call the Sheriff Department.  You will be helping them out.  Call when you observe suspicious activity to Orange County Sheriff at 714 647-7000.”

News reports say the victim stepped outside her home to get her newspaper when she was attacked.

Assist Other Agency—9:44 a.m.—Ocean Avenue—A woman was reported unresponsive on the beach. She had a large bottle of alcohol next to her. Lifeguards were with her and the Orange County Fire Authority was en route. Police unit 141 determined that she was not drunk, but had been drinking. The responding officer requested a taxi. The woman was counselled and she agreed to take a bus out of town. The taxi cab was cancelled.

Animal Cruelty—9:48 p.m.—Seal Beach Boulevard—The caller and his son came out to his truck to find a dead duck on the vehicle. Message delivered to Long Beach Animal Care Services. No report desired. Log item issued.

Attempted Car Theft—7:16 a.m.—Candleberry Avenue—The caller said sometime during the night, someone pried the rear window of the caller’s car and tampered with the ignition. Report taken.

Stray Animal—2:04 a.m.—Almond Avenue—The caller said there was a stray brown pitbull on the top of the slide. Referred to Long Beach Animal Care Services.

Theft—5:39 p.m.—C Row, Surfside Colony—Individuals who were doing work on the caller’s vehicle took off with the cash without completing the job. The caller provided police with descriptions of three suspects. The suspects took $100 from the caller and may have taken money from another neighbor. Counseled.

Vehicle Burglary—9:15 p.m.—Electric Avenue—Sometime between 7 a.m. and 8 p.m., someone entered the caller’s car. The crime report was cancelled when the caller determined there was no loss. Log entry.

Citizen Assist—12:57 p.m.—Seal Beach Boulevard—The caller was upset that there was a woman smoking in front of the business and the smoke was coming inside. The woman was asked to move, but she refused.

Welfare Check—2:05 p.m.—Seal Beach Boulevard and Westminster Avenue—The caller said an elderly man fell out of a motorized wheelchair in the intersection.

Military personnel pulled up to help. As of 2:06 p.m., the old man was still not getting up. As of 2:10 p.m., there was gridlock at St. Cloud and over the pass on Seal Beach Boulevard.

However, the old man and his helpers were gone by the time police unit 106 arrived.

Suspicious Circumstances—10:58 a.m.—Seal Beach Boulevard—The caller reported a suspicious vehicle parked at the ATM, with the face of the ATM lifted up. A man stood outside the vehicle.

The caller thought he might have been servicing the ATM, but it still looked suspicious to her.

Police unit 206 determined that the caller was right in the first place: the man was a technician. No further police services were necessary.

Police unit 241 arrested her for public drunkenness. The charges were amended to include riding a bicycle on a highway while under the influence.

Disturbance—2:53 p.m.—Marina Drive—The caller said a man who the caller described as a transient was being disruptive and yelling. Police unit 107 arrested the man for public drunkenness.

Theft Report—7:34 a.m.—Harvard Lane—Sometime during the night, someone stole a large snowman and a polar bear from the caller’s front yard. The decorations were valued at $200. The caller requested extra patrol checks by the night shift.

Medical Aid—10:41 a.m.— Bloomfield Street—The caller said he found a man in a car who was unresponsive and was drooling and bleeding from the mouth. The troubled man was getting his vehicle out of impound when the caller found him in the vehicle. The caller shook the man and he responded. The Orange County Fire Authority responded and took the man to the hospital.

Suspicious Person—9:12 a.m.—Pine and Bradbury—A man was passing out flyers to homes. The caller thought it was suspicious because he was not passing them out to every home, but reported it appeared he was checking out certain homes and peering into them. The caller later phoned back to report that two other individuals were seen on Paseo Bonita and Pine and there was a white van associated with them. The people with the van were contacted by police and advised of the regulations regarding passing out flyers.

Mention of Threat—8:53 p.m.— Cerritos Avenue—After Long Beach Poly lost a basketball game, the caller reported hearing a parent say he was going to his car to get a gun. When confronted, the parent recanted and said he was joking. The referees were escorted to their vehicles.

Disturbance—11:03 p.m.—Pine Street—The caller said several individuals were causing a disturbance and being loud outside, possibly from a party next door. The offenders were possibly high school age and all males. Police contacted the parties and it was an 18-year-old house sitter, while the homeowners were out of town. Several juveniles ran when police arrived. Those who stayed called their parents to pick them up.

Vandalism—12:24 a.m.—Tarawa Drive—The caller said some juveniles were destroying Christmas decorations. A black SUV with its lights out was seen in the area and possibly related to the vandals. The caller was contacted. Police found no damage to his property. The vandalism suspects were not located.

Hit and Run—12:17 p.m.—Midway and Howard—The caller said that another car hit his car and left the scene. The suspect vehicle was described as a grayish blue Toyota truck that was covered in the back. The caller’s vehicle had a broken driver window and front end damage. He said the suspect’s vehicle may have been missing a passenger side mirror. Report taken.

Disturbance—12:29 p.m.—Martha Ann Drive—The caller said a 21-year-old suspect was pounding on the door and windows.

The caller said he would not leave when told. This was apparently related to an on-going civil issue.

Inverness Drive—Suspicious Person or Circumstances—5:28 p.m.—The caller said a white truck occupied by two men was driving slowly down Inverness toward Silverfox. One of the men had his head out the window and looked suspicious. It was unknown if they are still in the area.

The suspect was described as a tall white man in a gray sweater and blue jeans.

Open Door—Silverwood Drive—2:52 p.m.—The caller, a neighbor, saw a blue car leave as she got close.