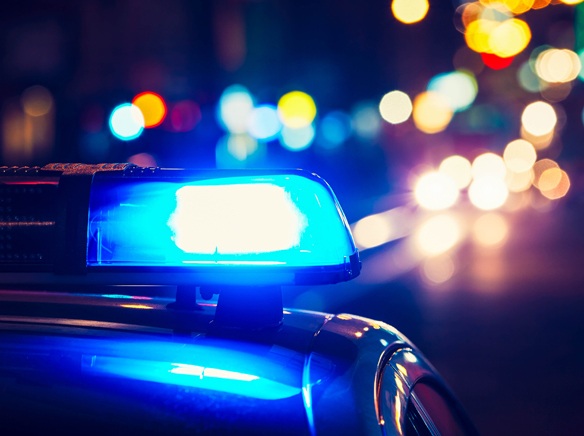 Editor’s note: Information in the Crime Log is based on the information recently provided by the Seal Beach Police Department. This week’s log is based on two detailed versions of the log, totaling 57 pages and covering 135 incidents.

Petty Theft Report (Priority 3)—7:29 a.m.—Pacific Coast Highway—The caller reported that someone broke into the propane cage outside the store at the location. Report taken.

Hazard (Prioirty 3)—9:05 a.m.—Studebaker Road and Wesstminster Avenue—An officer in a police unit observed metal debris in the roadway and removed the debris from the roadway.

Petty Theft Report (Priority 3)—11:55 a.m.—Bolsa Avenue—An individual walked into the lobby of Seal Beach Police Department Headquarters to report the theft of a bicycle taken between 5:30 and 7:20 p.m., Thursday Feb. 6.

Petty Theft Report (Priority 3)—11:57 a.m.—Seal Way—An individual walked into the lobby of Seal Beach Police Department Headquarters to report the theft of a Maruishi bicycle that was taken Feb. 6 around 6 to 7 p.m.

Patrol Check (Priority 3)—1:59 p.m.—Main Street and Ocean Avenue (Old Town—The caller complained that a man followed him up from the sand. As of 2:04 p.m., the suspect would look away whenever the caller looked back at the man following him. As of 2:05 p.m., the caller phoned the police again and expressed concern that the caller had his child with him and that the suspect appeared only be looking at the child. Police were unable to locate the suspect.

Transient (Priority 3)—3:03 p.m.—Main Street—The caller said a man on a bench was refusing to leave and appeared to be under the influence of drugs or alcohol. As of 3:-5 p.m., the caller said the caller had asked him to leave twice. As of 3:16 p.m., police contacted the man in question. As of 3:46 p.m., he was given a bus pass and sent on his way.

Assist Outside Agency (Priority 3)—9:50 p.m.—College Park Drive (College Park West)—A Porta Potty fire had been put down. A police unit was requested. As of 11:02 p.m., a fire investigator was on-scene. Arson report taken.

Petty Theft (Priority 2)—10:20 p.m.—Seal Beach Boulevard—The caller reported that a female person in the store had concealed items on her person and that she was disoriented and acting suspiciously. As of 10:46 p.m., the female person was in custody. Her name was not included in the log. She was described as being in her 30s. She was arrested on suspcion of shoplifting. California Penal Code 459.5 defines shoplifting “as entering a commercial establishment with intent to commit larceny while that establishment is open during regular business hours, where the value of the property that is taken or intended to be taken does not exceed nine hundred fifty dollars ($950). Any other entry into a commercial establishment with intent to commit larceny is burglary.”

Arrest—No time provided—Seal Beach Boulevard—According to the summary version of the log, also known as “Bulletin from 02/07/2020 00:00:00 to 02/10/2020 23:59:59,” a woman identified as Lacey Erin Wheeldon, 28, was arrested on suspicion of shoplifting less than $950 worth of merchandise from 12345 Seal Beach Blvd. on Feb 7. There was no mention of other charges. Seal Beach Police Sgt. Nick Nicholas confirmed that Wheeldon was the same person referred to in the 10:20 p.m. petty theft incident above.

Welfare Check (Priority 3)—9:02 a.m.—Main Street (Old Town)—Police checked on the welfare of an individual. Based on an oustanding warrent, police arrested John Peter Paolucci on suspicion of reckless driving.

Transient (Priority 3)—1:57 a.m.—Seal Beach Boulevard—The caller said the man with black pants but no shirt was still present. However, police were unable to locate him.

Health and Safety—2:32 p.m.—Ocean Avenue—The caller complained about four women and one man smoking marijuana on the beach on the south side of the pier. The caller said he advised the man against smoking marijuana on the beach and the man became hostile. As of 2:51 p.m., police contacted several individuals. Police did not observe anyone smoking. They were advised/warned/cautioned and left the beach.

Traffic Hazard (Priority 2)—5:28 p.m.—Seal Beach Boulevard and Plymouth Drive—The caller said he called four days earlier about a manhole cover that was off and the cover was still off. As of 6:14 p.m., police located the metal cover, which was either a gas or water cover. As of 6:49 p.m., a gas company representative was present. The gas company representative said the metal cover might possibly be an old water line cover. Police determined it was not a hazard. A cone was left over the hole. As of 7:04 p.m., a message was left for Public Works.

Health and Safety (Priority 2)—8:16 p.m.—Seal Beach Boulevard—The caller complained of a group of at least 20 juveniles smoking marijuana. Police found a car club. As of 8:24 p.m., the cars were leaving.

Suspicious Circumstances (Priority 2)—10:31 p.m.—Wisteria Street (College Park East)—The caller said she heard her garage door open. She said no one should have access to the garage at that time. She couldn’t see anything suspicious outside her window. As of 10:42 p.m., police found an open door. As of 10:46 p.m., police checked the interior. The location checked out OK.

Petty Theft (Priority 2)—11:41 p.m.—Seal Beach Boulevard—The caller reported the loss of over the counter medicines. The caller provided police with a description of the suspect. No weapons were seen. he left in a car that was also occupied by a woman. As of 11:47 p.m., police were unable to locate the car driven by the suspect. Report taken.

As of 2:58 a.m., police had arrested Chad Boyle on suspicion of driving under the influence of drugs or alcohol.