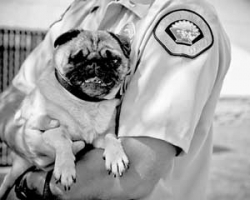 Animal control officers take slightly more than half an hour on average to respond to Priority One calls in Sun Region cities, according to the acting manager of Long Beach Animal Care Services.

Bad news: this article contains statistics. Good news: there won’t be a test.

Last year, the Sun reported that officers took 22 minutes to respond to Priority One calls in Seal Beach.

That average was based on a small sample that included outdate information.

Unfortunately, the Sun learned about the inaccurate information after the story was published.

The 22-minute average reported in 2011 was based in part on 10-year-old informatio.  The 22-minute average was also based on  calls for service between Oct. 2, 2010 and Jan. 21, 2011. Last year, the information was provided by then-ACS Business Manager John Keisler. He has been replaced by Acting Manager Ted Stevens.

“Please note that this report is a longer range of time than reports from previous years and includes summer time months which are typically much busier,” Stevens said.

“Also, although we have removed all of the old data, you may notice that the average response times are a little longer than before,” Stevens said.

In Los Alamitos, officers took an average of 34 minutes to respond to seven Priority One calls during the same period.

“As the new manager here I reviewed all of the calls for service and there were several calls for sick/injured animals that had very long response times—one-two hours,” Stevens said.  “This is more than likely due to the officer needing to find the animal that is hiding or moving locations making it harder to locate them and we would not consider the call ‘responded’ until the animal is found.”

“I do believe that we are doing a good job responding to calls for service, but I will continue to monitor this and will be making sure that we are working to improve in this area,” Stevens said.

Animal Care Services’ contracts with Seal Beach and Los Alamitos will both expire on June 30.

Petty Theft—11:01 a.m.—Seal Beach Boulevard—The caller’s wallet was stolen out of her purse while she was shopping. The thief apparently made purchases on her credit card. Report taken.

Municipal Code Violation—3:09 p.m.—5th Street—The caller reported someone digging through the trash in the alley between 4th and 5th streets, making a mess. The suspect was described as a man, no further description.

Suspicious Vehicle—7:52 p.m.—Seal Beach Boulevard—The caller said the vehicle had been parked at the location for several days now. The caller thought it was suspicious because the vehicle did not have a license plate. Police unit 107 found the vehicle with an illegible Department of Motor Vehicles paper in the rear window. The officer was unable to locate the vehicle identification number. Referred to traffic enforcement for follow up.

Transient—8:46 a.m.—Pacific Coast Highway—The caller reported that transient was sleeping in the doorway of a business, keeping the employees from entering. An employee was standing by with the caller in the caller’s business. The suspect was gone by the time police unit 107 arrived.

Disturbance—10:11 p.m.—Pacific Coast Highway—The caller said a man was causing a disturbance with the caller’s customers. Police unit 207 interviewed the man in the field.

Petty Theft Report—8:31 a.m.—Main Street—Loss: a ring valued at $15 that was apparently stolen at 4:16 p.m., Sunday, Feb. 5. The caller did not desire a report. The caller just wanted patrol officers to know. Log entry.

911 Hang-up—9:34 a.m.—Sandpiper Drive—When the dispatcher called back, a woman said her neighbor’s home burglar alarm was going off. The caller did not see anything suspicious. The caller said there were no animals on site. As of 9:54 a.m., the neighbor’s property was secure and the alarm had been reset.

911 Hang-Up—9:54 a.m.—Aster Street—When the dispatcher called back, a woman said she was having problems with the phone and would have it fixed.

Barking Dog—6:24 a.m.—Rose and Fir—The caller said two small dogs had been barking for the past hour. The caller did not know the exact address. Police unit 106 did not hear any dogs barking and was unable to locate the reportedly yapping canines.

Disturbance—8:01 a.m.—Main Street—The caller, relaying third-hand information, said four men were harassing passersby and begging for money. A second caller reported the same and said the men were yelling at the second caller’s 13-year-old daughter and making what the caller described as inappropriate comments to her. Police unit 107 apparently contacted the men, who were advised to discontinue their behavior. According to the log, they said they would go to Venice Beach.

Traffic Hazard—8:18 a.m.—Pacific Coast Highway—The caller said two juveniles on bicycles, a boy and a girl, were weaving around in the traffic lanes and vehicles were swerving to avoid them. Police unit 107 interviewed the individuals in the field.

Suspicious Person—9:50 a.m.—First Street—The caller saw a man walking into public women’s restrooms and looking into vehicles inside the gated area. He was described as a white man, 20 years old, wearing a gray backpack.

Patrol Check—11:01 a.m.—First Street and Welcome—The caller reported a man going over the fence, into the trailer park. Police unit 107 arrested a man for public drunkenness.

Citizen Assist—3:19 p.m.—Homewood Road, Mutual 5—An elderly woman received a phone message referring to a lawsuit. She thought it might be a scam. She saved the recorded message. Counseled.

Petty Theft—3:07 p.m.—Merion Way, Mutual 2—Loss: a small clutch purse valued at $100 and a cell phone, taken from the caller’s purse at an estate sale.

911 Hang-up—3:17 p.m.—St. Andrews Drive, Mutual Unknown—A verbally abusive woman said she did not call 911. When dispatch called back, the woman was still verbally abusive and disconnected. Police contacted Leisure World Security personnel who said they would counsel the caller.

Disturbance—11:15 a.m.—Farquhar Avenue—The caller reported sounds of a woman screaming, swearing and throwing things coming from the corner of an apartment complex.

The caller also reported hearing a man’s voice there as well. Patrol located an open garage to the rear of the complex with a subject working out and yelling.

Disturbance—4:55 p.m.—Cherry Street—The caller reported that he was in the parking lot and that a man had hit his car with his door. The other man was now in a verbal altercation with the caller. Patrol contacted both parties and counseled them.

Suspicious Person—1:28 p.m.— Katella Avenue—The caller said a man was walking in the parking lot and looking into vehicles. The man was described as white, in his late 40s to early 50s, 6 feet tall and thin. The caller phoned back to say that the man had left the area in a vehicle.

Suspected DUI—5:24 p.m.—Bradbury and Los Alamitos Boulevard—The caller reported a large pickup truck on Los Alamitos Boulevard swerving from side to side and between lanes. The driver was described as a white man male in his late 30s or early 40s, with a mustache and beard. The caller said he was stopped at the light at Katella Avenue and the truck had gone through the intersection so the caller was no longer following the truck.

Burglary Report—9:48 a.m.—Foster Road—The log did not say if this was a residential or automobile burglary.

Suspicious Person or Circumstances—1:51 a.m.—Los Alamitos Boulevard and Hedwig Road—A man was arrested as a result of this call. He was booked, cited and released at 1:54 p.m.