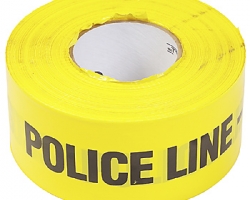 You don’t see a hearse in Seal Beach every day. On early Tuesday afternoon, Nov. 17, a citizen saw a white hearse with a casket in the back that was parked on Fuchsia Street.

This struck the citizen as suspicious, prompting the Seal Beach resident to call the Seal Beach Police Department. The citizen said the hearse had been seen in the area before. However, this was the first time it appeared with a casket.

Police contacted the registered owner of the hearse, who said the casket was just a prop.

That would have been the end of the story, if not for a second call about a white hearse parked on Birchwood Avenue. The call reached the police at about 6:42 p.m.

The second caller said the hearse belonged to the son of an area resident. The caller was offended because the vehicle was apparently parked in front of the home of an elderly Seal Beach resident.

Police determined that the hearse was legally parked and there was no violation of the municipal code.

For technical reasons beyond our control, the Los Alamitos Crime Log was not available by press time this week.

At 10:28 a.m., the caller contacted the police again. She was still having trouble getting her daughter to go to school. Report taken.

Panhandling—7:18 p.m.—Seal Beach Boulevard—A white woman in her late 20s was reportedly pushing a 2- or 3-year-old child in an umbrella stroller as she asked people for money. Police were unable to locate her.

Suspicious Person—10:24 p.m.—B Row, Surfside Colony—The caller said a man was going up to the doors of vehicles and pulling at the handles. Police contacted a man who, as it turned out, was not the suspect. The man police spoke with was out for a walk.

Transient—10:52 p.m.—Pacific Coast Highway—The caller reported that a woman who appeared to be a transient was talking to herself. Police unit 123 contacted her and sent her on her way.

Suspicious Person—3:53 p.m.—Bolsa Avenue—A 65-year-old white man was seen taking a soccer ball away from children. Employees at the location thought he might be under the influence.

Petty Theft Report—7:12 p.m.—Seal Beach Boulevard—A Wii console and games were taken from the shopping cart of a customer in the electronics department after the items were purchased. Security had a video of the suspect. He was described as a bald Hispanic man, 25 years old, wearing a black shirt, plaid shorts and dark shorts. The name of the store was redacted (blacked out) in the Crime Log.

Transient—8:59 p.m.—Pacific Coast Highway—The caller said a man had been sleeping near the front door of the location for the past several nights. Police contacted a man who might have been the individual in question and interviewed him in the field.

Burglary—11 a.m.—13th Street—The caller chased an intruder out of the house. The suspect was described as 25 years old. He was last seen traveling on foot on 13th Street, possibly headed toward the beach. He was carrying items in his hands that he stole: a make up bag with jewelry in it. Apparently, he got in through an open side balcony. Additional loss: wallet, credit cards and identification.

Burglary Report—7:05 a.m.—Apollo Court—The crime apparently occurred between 3:15 p.m., Wednesday, Nov. 18 and 6:55 a.m., Thursday, Nov. 19. According to the caller, nothing was taken. Point of entry: a roll-up delivery door was punched in and damaged. Apollo Court is located inside the Pacific Gateway  Business Center.

Suspicious Person—12:52 p.m.—Electric Avenue—The caller saw the suspect walk into the caller’s garage and open the refrigerator door. At 12:53 p.m., the caller had detained the suspect with the help of others. Police arrested the suspect, a man, for burglary.

Burglary Report—11:45 a.m.—7th Street—The crime apparently occurred between 3 and 8 p.m., Friday, Nov. 21. Point of entry: a side door. Loss: a Mac computer, a Toshiba computer and an i-Phone. Report taken.