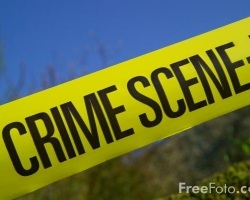 Two men reportedly stole fruit from the trees in the front yards of Lampson Avenue homes on Wednesday, Dec. 23.

According to the caller, two men equipped with fruit pickers removed fruit from people’s trees on the south side of the street. The caller contacted the Seal Beach Police Department at 3:58 p.m.

The two men were described as white, 30-40 years old, both wearing dark baseball caps. The first suspect wore a dark sweatshirt and tan shorts. The second suspect wore dark pants and a jacket. They were last seen going westbound on Lampson.

Police were unable to locate the suspects.

The incident was labeled 488 in the dispatch log. That’s the California Penal Code for petty theft.

Generally, stealing cash, property or labor worth  more than $400 is grand theft. If the crime doesn’t meet the definition of grand theft, it is probably petty theft.

The crimes listed in the Sun Newspapers were reported to Seal Beach Police Department, Los Alamitos Police Department and Orange County Sheriff Department between  Dec. 21, 2009 and  Jan. 3, 2010. Only street names are used; times given are reported times, not incident times. Crime Log entries are based on preliminary information.

Space limitations make it impossible to publish every incident. Until proven guilty in a court of law, all suspects are considered innocent.

Counseling—9:43 a.m.—Dogwood Avenue—The caller said she had received mail for someone else at her home. She was concerned because, apparently, representatives of the IRS came to her home two days earlier looking for the same person. The caller did not know who this person was or why they were using her address.

Disturbance—3:20 p.m.—Seal Beach Boulevard—According to the caller, representatives of a homeless outreach organization had positioned themselves at the exits of the store. The dispatch log did not include information identifying the organization. The caller accused the homeless advocates of harassing customers for money. The caller asked them to leave. They said they had a permit and they were waiting for the police to tell them to leave. They were advised to go.

Traffic Stop—11:01 a.m.—Plymouth Drive and Seal Beach Boulevard—Police unit 111 arrested a man wanted on a bench warrant for Health and Safety Code 11357, possession of marijuana for personal use.

The suspect’s vehicle was left secured in the shopping center parking lot.

Transient—7:21 p.m.—Ocean Avenue—The caller said an individual had been drinking and was sleeping to the front of the restaurant. The individual was described as a transient.

The caller said this was an on-going problem and the individual in question had been sleeping for the past two hours. The suspect was arrested for public drunkenness.

Animal Noise—8:48 p.m.—Laguna Place—The caller said a neighbor’s dog had been barking for the past several hours. Police unit 123 contacted the owners,  who brought the dog in and apologized.

Police unit 1M3 contacted a man who matched the suspect’s description. He was waiting for his girlfriend.

Disturbance, Skateboarding Juveniles—5:14 p.m.—Seal Beach Boulevard—Three skateboarding juveniles refused to leave. Then they started skateboarding inside the store. Police unit 111 contacted them. The juveniles were released to their parents.

Fire—11:02 a.m.—Medinac Lane, Mutual 5—The caller said a neighbor’s smoke alarm was going off. The caller reported smelling smoke. The Orange County Fire Authority was en route The caller said the neighbor was not home at the time. Assisted. The source of the smoke: food left on the stove.